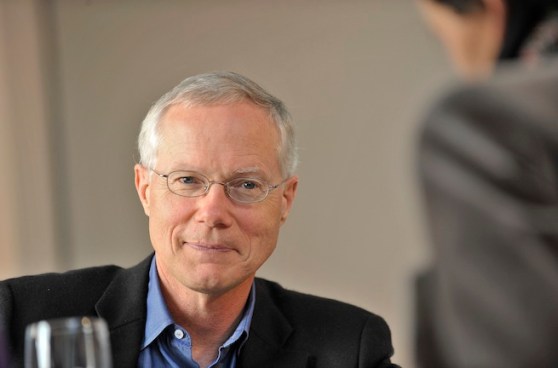 For a billionaire, Scott Cook sure does talk a lot about failure, especially if he’s learned a valuable lesson from a screw-up.

Cook is the founder of Intuit, a corporation with almost 10,000 employees that sells financial management products to individuals and small businesses. To illustrate the company’s reach, CEO Brad Smith is fond of saying that 20 percent of the country’s GDP flows through Quickbooks, Intuit’s small business accounting software. The company pulls in about $4 billion in revenues annually.

Cook is also one of the most outspoken fans of “lean startup,” an ethos that espouses rapid prototyping, a small budget, and an acceptance of failure. 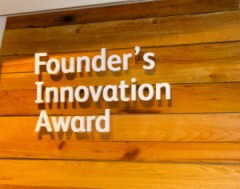 Above: Employees with a new idea can earn up to $1 million in prize money.

How has this made Intuit any different from any other large and bureaucracy-laden company? About four years ago, Cook watched a video clip of Lean Startup author Eric Ries and shared it with Smith.  The pair reached out to invite Ries to the headquarters in Mountain View, Calif.

The lean startups trend targets startups, not the Fortune 500, but Ries took the call. “When Scott Cook calls you, you do what he says,” he later told Forbes. Shortly after, Intuit brought him in so could present ideas to its workforce on the most pressing problems facing small businesses — and think up potential solutions. 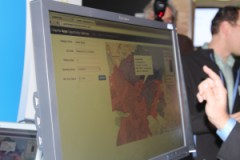 Above: A product demo from a recent “innovation” day at the Intuit offices.

At Intuit’s recent demo day, employees presented some of these new product ideas to the media. Many of them were merely at the prototype stage and included a local business recommendations service intended to provide more detail than Yelp.

Intuit has subsequently formalized a 10 percent “innovation time” policy, which borrows from the example of its neighbor, Google, giving all employees 10 percent of their time to work on new projects. Due to these efforts, Intuit is a rare example of a tech company with a seal of approval from another lean startup guru, Steve Blank. “Scott has nailed it,” he said in a recent interview.

Cook examines how he brought startup thinking to a 30-year-old business.

VentureBeat: What was your reaction when you first saw Ries’ presentation?

Scott Cook: I saw him present and thought, “This guy is explaining what we’re doing better than us.” We wound up being a chapter in his book. After we brought him on, it was an uneven process. Some teams were great; others needed a lot more work. Now we do these public coaching sessions. He’ll come in, and and we’ll broadcast it to the entire company. One of the teams will pitch for five minutes and will receive another 10 minutes of coaching. We have learned so much — you can see people’s jaws drop.

VentureBeat: Intuit is a such a long-standing company, but you refer to it as a “startup.” …

Cook: We work with small businesses. You have to try an entrepreneurial ethos before you understand them. So we had to change the culture of the company to be more experimental — we want them to get entrepreneurial ideas in front of customers for real use.

VentureBeat: How do you attract entrepreneurially-minded employees — and keep them around?

Cook: We make it easy for anyone to get free resources. Anyone can launch an idea for five minutes. Anyone can comment on, add and enhance the idea. Need a designer? We provide an entrepreneurial matching system without the bosses getting involved. And in terms of unstructured time, we have a permission for that.

Cook: We have always been open and honest about it. We use more recent examples of failures and learning from them. The Intuit health debit card, for instance, came out of a total failure. We launched a product in test expecting 100 users to sign up. They got four. So the team went back to understand what had happened and ended up learning enough for a whole new business.

In India, we did a test where two-thirds of signups were fraud. We learned by accident by being cheated by vendors about another segment that was bigger than the one we initially went after. The product is called “Fasal” and helps improve the income of farmers.

VentureBeat: How embedded is entrepreneurship in Intuit’s culture? Could an intern approach you with an idea?

Cook: People pitch me all the time. But hopefully, you’ll just go ahead and do it. We are trying to eliminate the need for pitches. I’d rather sit there and applaud. Customers buy products, not Powerpoint presentations.