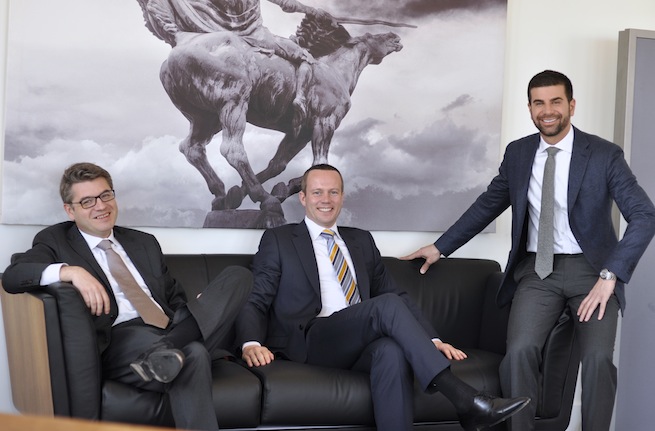 Big news for health care IT: WorldOne, the New York-based company that claims to be the largest collector of medic al data has just closed a $30 million round led by Deerfield Management Company.

WorldOne CEO Peter Kirk [center] said the company will use the funding to make strategic acquisitions. Another short-term goal is to expand Sermo, the online community startup for physicians that it acquired just over a year ago.

“Our legacy business is data collection for researchers and organizations,” said Kirk by phone. Industry experts tell me that this data sees use primarily from pharmaceutical providers so they can better understand how their competitors are faring in the market.

But the company intends to use its ample acquisitions budget (they are already in talks with three startups) for a more ambitious product. WorldOne hopes to eventually offer physicians an online destination to participate in market research, collaborate and share insights, and compete in medical challenges.

“The vision is to globalize Sermo,” Kirk explained. “We expect that more than half of the world’s physicians join in the next four years.” Competitors say that it’s an optimistic goal; one source compared Sermo to an “anonymous Reddit” as doctors can choose not to keep their identity hidden once they sign up.

Sermo claims to have hosted more than three million discussions, and its members spend over 40,000 hours each month engaging with each other online and via mobile applications. WorldOne made the decision to scale out Sermo’s technology when it surveyed physicians in different international markets; 92 percent expressed interest in a community for market research participation and collaboration.

The company will make money from the data it will amass about physicians, but Kirk stressed that sensitive patient information won’t be sold to the major pharmaceuticals or insurance providers.

WorldOne currently competes with a number of digital health startups, which provide health information and collaboration tools to physicians, including Doximity, and QuantiaMD. It was founded 12 years ago, and raised its previous $25 million round in August 2011.