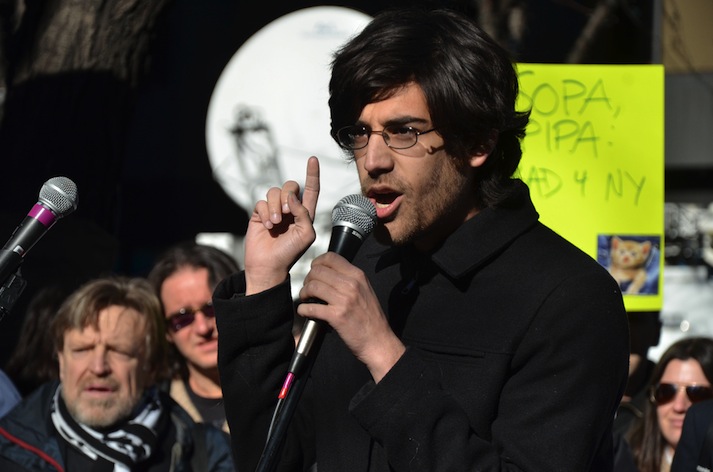 In the months since programmer and activist Aaron Swartz committed suicide, many have called for a reform of the law authorities used in a prosecution that many said was unfair. Advocacy groups are now asking you to get involved in what is now a “week of action” they hope will be similar to the response against SOPA/PIPA.

The Computer Fraud and Abuse Act lays out the penalties for a variety of computer crimes and is often faces criticism for its harshness. Swartz faced up to 35 years of jail time and a $1 million fine for using MIT’s network to siphon off millions of files from digital library JSTOR. Outraged by his suicide, many said the punishment was too extreme, but in March lawmakers moved to increase sentences. Under this proposed bill, some computer crimes would even be considered under the RICO, Racketeer Influenced and Corrupt Organizations, Act, thereby associating hacking with organized crime.

The Electronic Frontier Foundation is one of the organizations fighting for change and has outlined three adjustments to the CFAA it would like to see in a blog post. They state:

“The CFAA has been expanded and morphed since it originally passed in 1984 so that it now threatens draconian and out-of-proportion punishments for acts that cause little or no economic harm,” the EFF activist Trevor Timm said in the blog post. “Worse, since the Justice Department’s expansive interpretation would criminalize website terms of service violations, the CFAA threatens to turn virtually everyone online into a criminal.”

In order to combat this, the EFF, Demand Progress, and the Internet Defense League (a group of websites and businesses that came together to fight SOPA) asks you write, call, and tweet your congressmen. The EFF is also holding two Reddit “Ask Me Anything” sessions one CISPA and the CFAA individually.