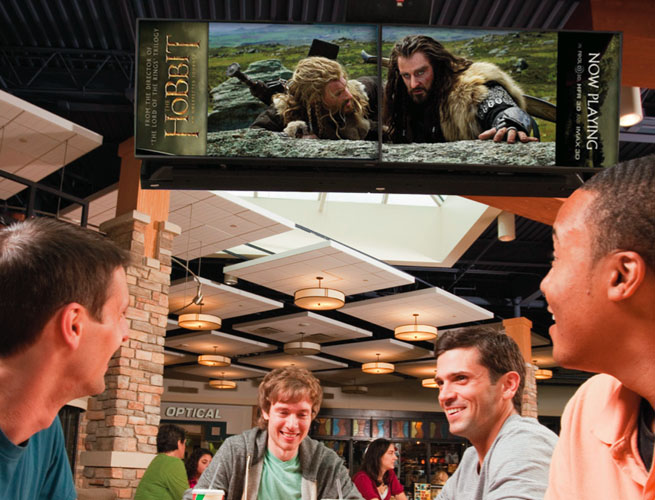 RMG Networks provides “place-based advertising” and offers services, signs, and ads for locales such as airplanes and malls. As we noted Friday, RMG Networks was first acquired by SCG, and then the company’s public profile will shift from SCG to RMG in the next two weeks. In the next few weeks, RMG will also acquire Texas-based digital signage company Symon.com.

Garry McGuire, the CEO of RMG Networks, will remain the CEO of the company in the merger. Gregory Sachs, the chairman, president, and CEO of SCG, will shift to become simply the executive chairman of the now-public RMG Networks.

RMG’s shares are currently listed under the SCGQ ticker symbol on the Nasdaq exchange. The ticker symbol will change to RMGN in one to two weeks.

RMG had a decent 2012 with $25.7 million in revenue and $2.9 million in profit. The company wanted to go public, so it decided to go the reverse merger route instead of the more time-consuming traditional IPO. The company’s share price was listed at $10 a share for opening on the market today.

Strangely enough, the market actually closed with SCGQ trading at exactly $10. Even with all the wild volatility of tech IPOs in the past year, this IPO didn’t move the needle a bit. An RMG spokesperson said the IPO was “appropriately priced.”