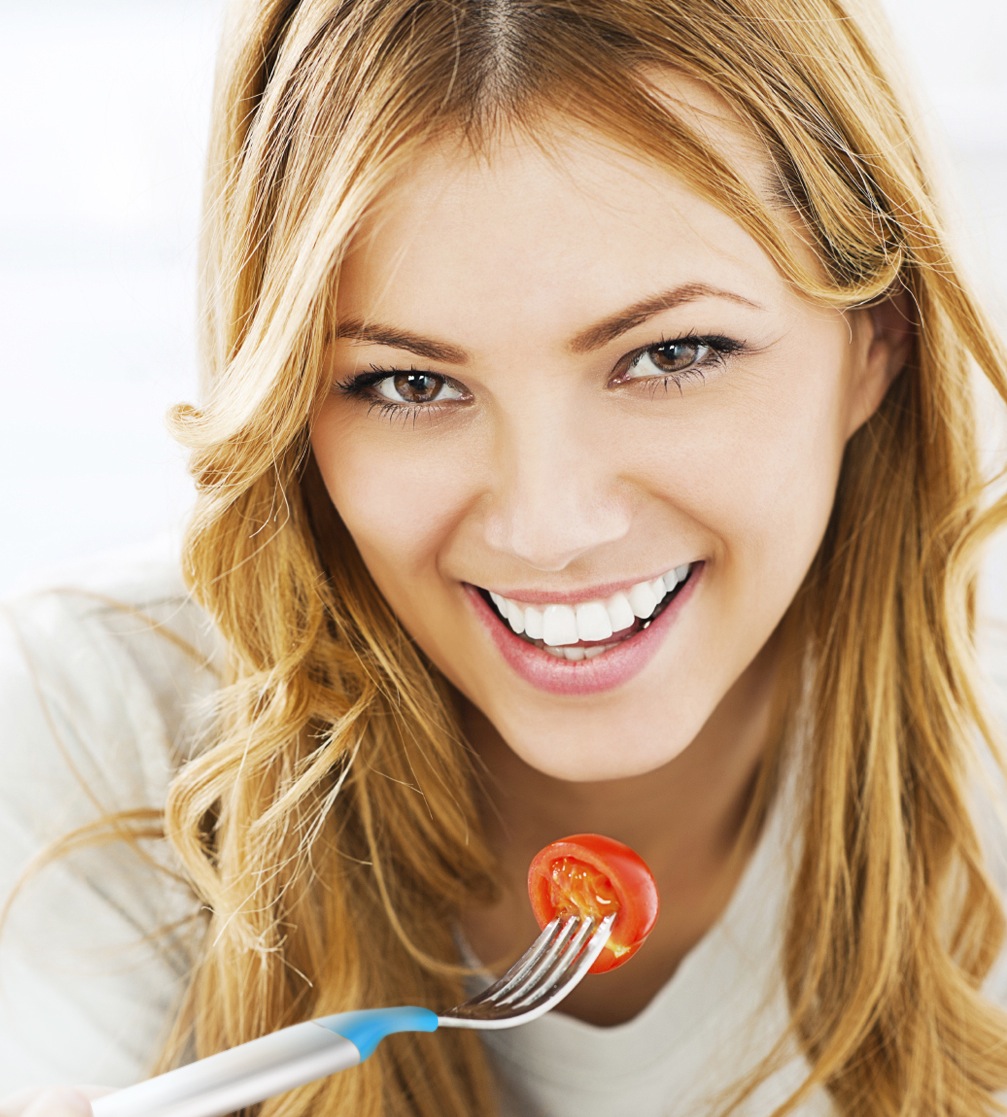 If you’ve ever been told you eat too fast, Hapifork could be for you. Today, Hapilabs kicked off a Kickstarter campaign to raise money, build a community, and generate pre-orders for the world’s first connected fork.

The Hapifork pledges to help you eat healthier, eat slower, and lose weight by eating at the right time and at the right speed. The device looks like a normal fork, except it includes a sensor that vibrates when you eat too fast. Bluetooth transmits this data to an accompanying app, so users can gain insight into their eating habits.

I met with CEO Fabrice Boutain at the Ferry building in San Francisco to give Hapifork a try. We ordered a salad and I took a few bites at what I felt was a reasonable pace. In this case, nothing happened. However, once I started to eat faster, Hapifork buzzed and I automatically paused and slowed down. The meal began to feel like playing the game Operation, where I was focused intently on avoiding the vibrations. I became more aware of my food, the time between bites, and how long I spent chewing. 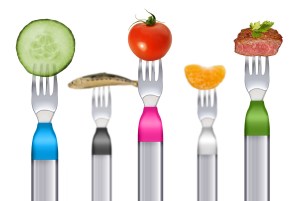 Gaining awareness into your eating habits is just one component of the company’s vision for this product. Ultimately, Boutain said, it is about changing people’s habits. He said when people eat too fast, it hurts their digestion and can lead to overeating and being overweight. Look to any diet, health, or nutrition resource — they all emphasize the important of eating at a moderate pace. Not only is it more difficult for your body to digest food when it is shoveled down, but it takes the brain 20 minutes to realize you are full.

However, eating slowly can be a challenge for people whose natural impulses are to eat fast, and Boutain believes Hapifork is the solution to this problem.

“This fork will change people’s lives,” he said over lunch. “Nobody wants to have a stomachache or a round belly. Improving digestion and the way we eat makes people healthier. We even considered other options, like a chip that goes in your tooth, but the Hapifork is the best way. It will make you happy.”

The fork is light enough that it is easy to carry around and subtle enough that you won’t feel weird whipping it out at a restaurant. When you want to wash it, the sensor and Bluetooth easily slide out and just the fork part remains. The settings are adjustable so you can dictate the frequency that it vibrates. I tested it out at 10 second intervals, but if I was eating a steak (which take longer to chew than leaves), I have the option to alter the frequency accordingly. 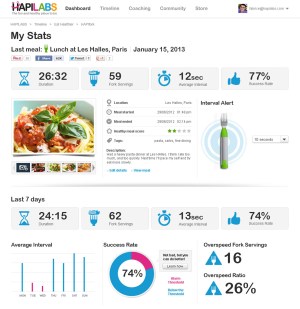 Hapifork first launched at the Consumer Electronics Show in January. With this Kickstarter campaign, the company hopes to raise $100,000, but more importantly build a community of supporters who are dedicated to living a healthier lifestyle. The fork, Boutain said, is just one part of the product. Equally important is the data collection component, which provides insights into people’s eating habits through a web or mobile dashboard so they can evolve them accordingly. For example, Hapifork could clue you in to the fact that you tend to scarf your breakfast, or that you tend to eat more at dinner. This information can also be used in a clinical setting.

Additionally, users will receive videos that can help them make other healthy changes to their diet.

The fork costs $99 and will be released in blue, green, and pink. Based on feedback from the prototype, Boutain said there have been requests for a Hapispoon, HapiChopsticks, and even a HapiCup. Hapifork was developed by inventor Jacques Lepine and is the flagship product of Hapilabs, a company dedicated to helping people take control of their health using connected devices. 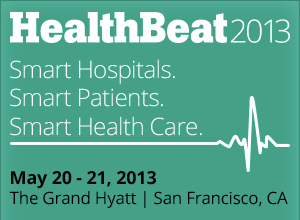 The ability of technology to impact healthcare is one of the topics discussed at HealthBeat, VentureBeat’s upcoming health conference.