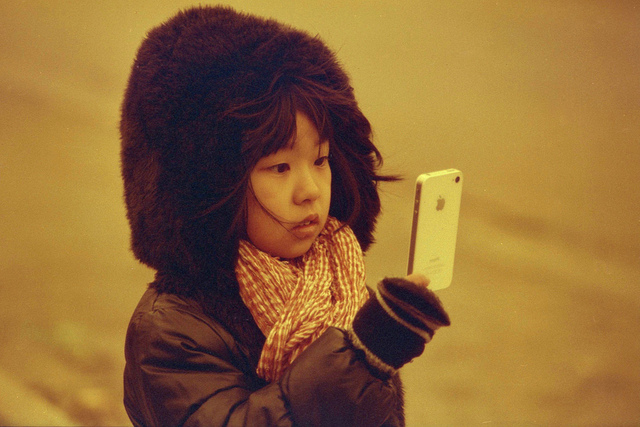 Analyst Katy Huberty had asked if Apple was hitting a wall in China, suggesting that the company was only seeing single-digit sales increases. Apple of course has had significant challenges in China recently, with bad publicity and some perception that the Chinese government is targeting the company to a degree. And almost half of all Apple suppliers are located in China.

“Actually, we had our best quarter ever in China,” Cook answered. “Revenue was $8.8 billion, which is up 11 percent year over year … and that’s the same as the speed Apple is growing.”

That’s an almost suspicious number, actually, given that the Chinese treat the number 8 in a similar way to how Westerners see the number 7. It’s considered lucky and auspicious given its perfect vertical symmetry, and many Chinese pay extra for license plate numbers with 8 in them or addresses that have 8 in them.

In any case, that’s the number Apple is reporting.

The highlight, Cook said, was the iPad, which Apple sold 138 percent more of this quarter than the year-ago quarter. And Apple set records for iPhone sales, adding 8,000 points of sale for iPhone to bring its locations for smartphone sales in China to 19,000.

“We see significant interest in iPhone 4 there,” Cook said, adding that the company has just made it cheaper.

The 18 percent growth number Cook is referring to sell-through, meaning actual sales to end users of products. Sell-in can be equated to channel-stuffing in a way, in which products are shipped to retailers, but not actually sold.