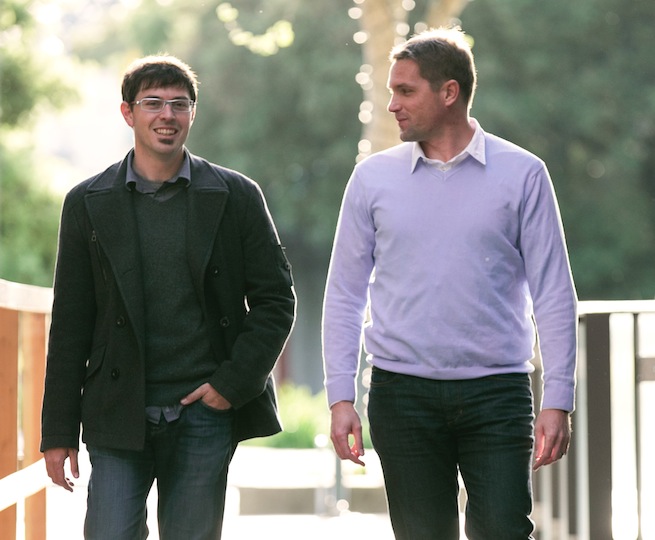 DataHero, the startup that would do away with Excel, has just launched its free product to the public.

DataHero’s tool can spin up a data visualization in a matter of minutes. Anyone who’s been tasked with creating a pesky pivot table for work will breathe a sigh of relief.

“We have a lot of intellectual property around making sense of the data before the user has to do anything — way before they ask a technical person for help,” cofounder Chris Neumann (pictured above, left) explained in a phone interview.

Register for free, and you’ll be invited to peruse sample data sets, or upload your own data set. The technology integrates with Excel — so you can upload a CSV file. Then you can use the tool to create nifty visualizations that will knock the socks off your colleagues and boss.

DataHero will initially offer a free service to consumers. However, businesses that require integration with existing business tools, such as Stripe, Dropbox, and Salesforce, will need to pay a fee. The payment model is not yet concrete — Neumann said the company will soon be introducing an enterprise subscription service.

DataHero’s competition includes Tableau Public, Microsoft’s Excel, and business dashboard Chartio, but Neumann believes it is one of the few startups designed for individuals with little or no technical expertise. “We see ourselves as data visualization for the 99 percent of people who don’t work with statistical queries everyday,” he said.

Thousands of people have used the beta since it was released last year. The Palo Alto, Calif. startup has grown to a team of five (all designers and engineers) and has raised a seed round of less than a million dollars in funding. DataHero intends to raise an institutional round of funding this year and is hiring engineers as it preps for growth.

Still in stealth mode, DataHero made our 2012 list of the hottest “big data” startups. Check it out here.