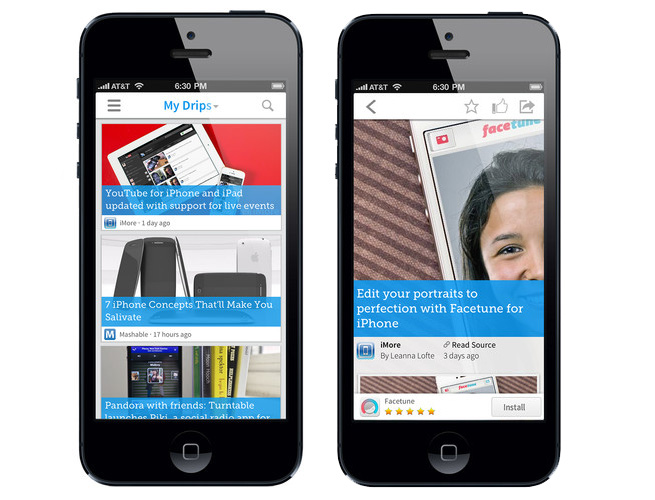 After attracting 5 million downloads on Android, Drippler — an app that helps you get the most out of your smartphone with tips and app recommendations — has launched on the iPhone.

Drippler’s premise is that it wants to help you learn how to use your smartphone and how to do cool things with it. It gives you one update a day (it calls updates “Drips”), and these updates are usually things like news stories, how-to articles, and apps or accessory recommendations.

The Drippler Android app was launched back in May 2012. Drippler’s Android app has a 4.7 out of 5 rating from nearly 30,000 reviews, so clearly it has struck a chord with Android phone owners. Now it hopes to do the same with iPhone users.

Matan Talmi, Drippler’s co-founder and CEO, told VentureBeat that the app has been so successful as a “guide for new phones” that some smartphone sales representatives at Best Buy and Verizon stores have started telling people to download Drippler as their first app.

Talmi admitted that the app is currently is not making any money, but he sees the potential for monetization down the road with paid app recommendations.

“We’d like to have a sponsored model eventually,” he said. “We’ve had a lot of interest from brands, OEMs, and carriers for placement.”