Social networks offer unparalleled insights into how humans interact with each other. But sometimes that insight’s not so thrilling.

This is the case with the latest analysis from answer engine Wolfram Alpha, which examined the usage habits its Facebook Personal Analytics users and found that…well, we’re all pretty boring.

Here’s a summary of some of the more notable findings, some of which are depressingly stereotypical, according to Wolfram Alpha designer Stephen Wolfram.

The median number of Facebook friends is 342, a number that varies based on how old you are: Teenagers tend to have more friends than adults do.

When you’re younger, most of your friends are your own age, but the range of ages broadens as you get older. 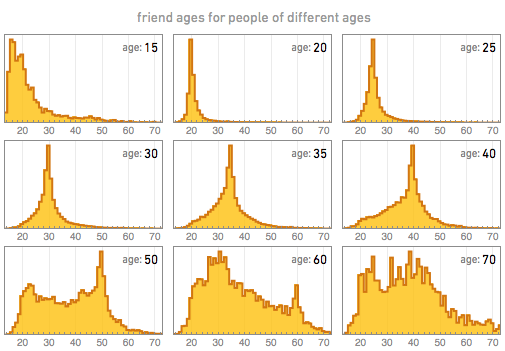 Teenage boys tend to have more friends than teenage girls, but that difference disappears as they get older.

The older you get, the more likely you are to be married; women get married earlier than men; and, by 30, about 70 percent of people are married. (“It’s as if all those humans, with all the complexities of their lives, still behave in aggregate a bit like molecules—with certain “reaction rates” to enter into relationships, marry, etc,” Wolfram says.) 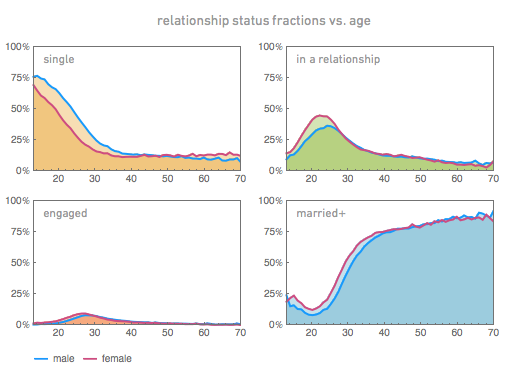 As people get older, they talk less about things like video games and more about politics, weather, health, and money. Men love to talk about sports and technology, while women tend to talk about pets, family, relationships, and their personal moods. 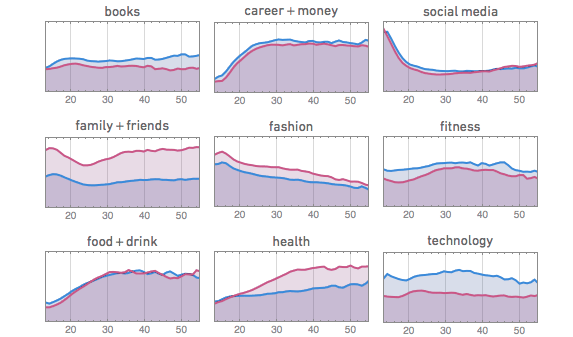 What’s worth keeping in mind here is this data is limited to the small number of Facebook users who let Wolfram Alpha use it — so just imagine what Facebook itself is able to deduce about the people who use the social network.

Similar to the data that OkCupid periodically releases about how people use the service, all of these findings also confirm that our social networks know more about us than we do ourselves.

“But what to me is remarkable is how we can see everything laid out in such quantitative detail in the pictures above — kind of a signature of people’s thinking as they go through life,” Stephen Wolfram writes.