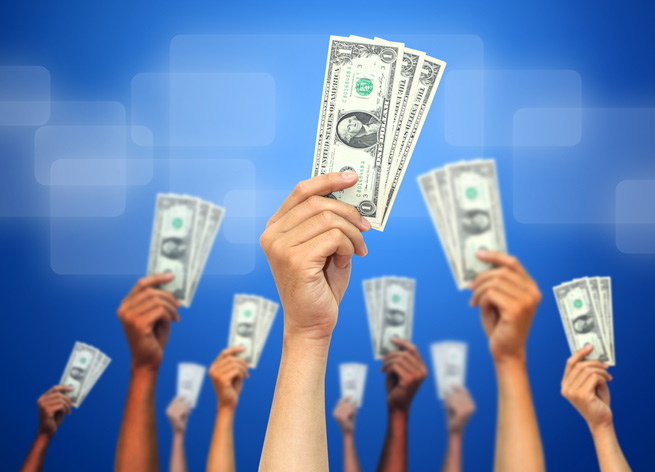 This is a guest post by Elizabeth Smith Kulik, the co-founder and CEO of crowdfunding incubator ProHatch.

Crowdfunding has once again become a hot topic in the financial world, given the recent one-year anniversary of the JOBS Act on April 5. The JOBS Act legalized equity- and debt-based crowdfunding in the U.S. However the SEC has missed congressionally mandated deadlines to complete the rulemaking process to the detriment of capital-seeking entrepreneurs.

While the parts of the JOBS Act that legalized equity crowdfunding for accredited and unaccredited investors may not be implemented until late this year, the crowdfunding movement has seen explosive growth.

If anything, these figures demonstrate that communities around the country (and around the world) are hungry to support and contribute to issues and organizations important to them. Everything from film and TV projects to natural disaster relief has been funded with the help of the crowd.

No one can now plausibly deny that crowdfunding (be it equity-, donations-, or rewards-based) is not filling a crucial gap in capital formation for businesses, social impact, and communities. The fact that entrepreneurs are finding it more difficult than ever to raise funding, which the JOBS Act was designed to address, is perhaps one of the motivating factors behind not one, but two separate hearings about Titles II and III provision delays in the House of Representatives in April.

The House Small Business Committee quizzed SEC officials on the delay, where witnesses stated that while they did not have a firm date set for completing the process. It was understood to be a top priority by both Congress and the new SEC chairwoman, Mary Jo White. Another hearing followed in the House Oversight Subcommittee regarding Title II, featuring SEC Commissioner Elisse Walter. These are encouraging developments.

So while there may be more political battles to come on the domestic front, crowdfunding is booming, and enterprising small businesses and nonprofits can still leverage their social networks to fund today’s most pressing causes and tomorrow’s most innovative ideas with donation and rewards campaigns. Investor protection and fraud prevention are top priorities not only for regulators, but for those of us deeply involved in the industry.

In addition to significant measures taken by the majority of legitimate crowdfunding portals to implement industry best practices and accreditation, my own company and others have their own vetting standards and procedures. And let’s not forget the crowd itself: part of the beauty of crowdfunding is bringing those who understand an idea, a company or an industry together to air any and all concerns to other would-be investors.

Even though the JOBS Act anniversary has come and gone, I’m not at all disappointed with the state of things as they are. Although a solid regulatory framework that protects entrepreneurs and investors will take time, with crowdfunding gaining so much attention and traction around the world, there is even more reason to be optimistic about the future of social enterprise and community-supported initiatives.

Elizabeth Smith Kulik is the co-founder and CEO of ProHatch, a crowdfunding incubator that offers best-in-class business and social advisory services, and partners with entrepreneurs, start-ups, SMBs and communities to optimize their crowdfunding goals. She has created and executed development, acquisitions, dispositions, repositioning, and growth strategies for more than $75 billion of institutional operating company and real-estate investments.