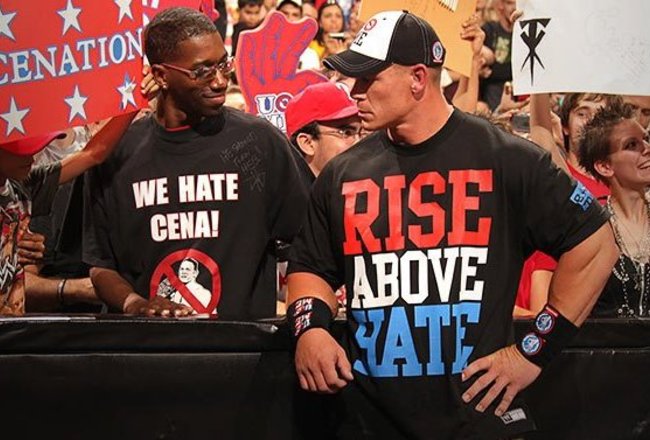 It’s a bit of an understatement to say that moderation duties are cumbersome for large media companies with fan feedback from hundreds of different communities on the web.

That’s the logic behind Echo’s new app DiscussIt Moderator, which enables big media companies to manage chatter from across several different web properties such as comments, forums, media galleries, and social media activity streams. It then pulls all these pieces of conversation into a single, centralized interface. For instance, The WWE, a pro wrestling league, and its wrestlers use Echo’s apps to manage the craziness into a single stream of content, as VentureBeat previously reported.

“When I heard that someone was doing the kind of complex moderation like this, I jumped all over it,” Echo co-founder and CEO Khris Loux told VentureBeat. Echo allows developers to use its data and licenses the technology to be used with the services it offers to clients. Loux said complex moderation is something that really gets improved with the new DiscussIt Moderator app.

The app itself does basic things like automatically block profanity and flag unwanted content, but multiple moderators can also use it to manage specific pieces of conversation. Not only that, moderators may “deputize” active community members to manage the conversation in some instances. This can be helpful, especially because a moderator can’t be everywhere at once. But say someone in the community’s already doing it? Well, now it’s just making that task easier. 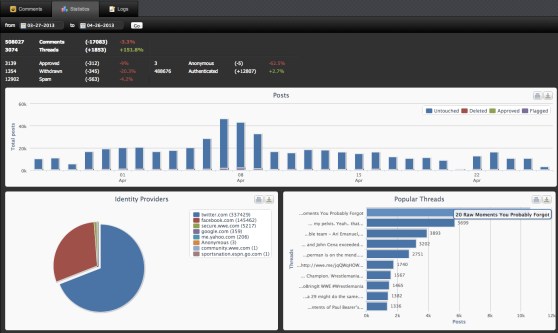 “One of the best things you get from DiscussIt Moderator is the Analytics,” Echo director of product Rohit Sawhney said in an interview with VentureBeat. “Suppose you have a set of moderators across the world. You want to know what they’re doing — why they’re blocking certain things and allowing others — because you’re paying them.”

The analytics data enables clients to dive deeply into all that moderation activity, which admittedly is probably just as useful (if not more) than just the social data alone. Sawhney explained that clients can determine what worked best when directing conversations, and more importantly, what didn’t work.

“For example with the WWE, you can see the results of interactions with two different moderators that were following a [specific] faction of wrestlers,” Sawhney said. And while it’s been a while since I’ve watched pro wrestling with any sort of regularity, I can say that “factions” are groups of wrestlers that are sort of on the same side — or for the sake of simplicity lets just say the good guys and bad guys.

During a SXSW panel back in March, I remember the WWE executive VP of creative Stephanie McMahon saying that fans respond just as much to the “bad guys” behaving awfully as they do with “good guys” playing the roll of a valiant champion. It stands to reason that you’d need to approach the social conversations for both of those wrestlers in different ways or you won’t see good results across the board.

Sawhney said the WWE is the only client currently using the new moderation tool, but others are currently testing it.