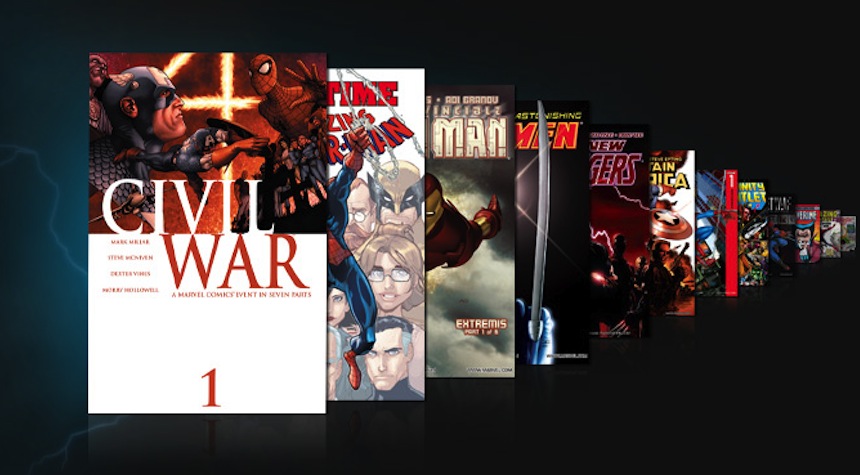 Marvel released a Marvel Unlimited iPad app back in March, years after the service’s 2007 debut. It’s a big deal because digital comics were meant to be read on tablets, not a website or desktop app, which Android device owners will soon come to realize. 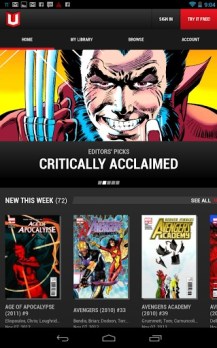 Marvel Unlimited  has over 13,000 comics available via a HTML5 web app (as well as the iOS app and new Android app), which you can gain access to for $10 per month, or $60 per year. Marvel doesn’t want to undercut sales of its newer books, which are available for $3 to $4 (on average) per issue through its own Marvel Comics store app that’s powered by ComiXology. Still, there’s plenty of good stuff to read within the collection, such as the first Wolverine mini series written by Frank Miller, or the original run of Incredible Hulk by Stan Lee and Jack Kirby. It also has a few newer mini series mixed in, too.

The iOS version of Marvel Unlimited had some notable issues that held it back, like not being able to download more than six issues to your device for times when you don’t have a solid Internet connection. Yes, that means you’re downloading each page of a comic as you flip through the book, which can be a bit buggy. There’s also no guided view feature like many Marvel digital comic book fans are probably used to when reading books through ComiXology. At the same time, it’s hard to compare the service when you’re getting thousands of comics you’ve never read for a manageable monthly fee.

While I’ve not had a chance to download and test the Android version of Marvel Unlimited on my Nexus 7, I’m guessing that some of the storage limitations may be more relaxed since Android is a bit more open than iOS. (But I could be wrong. Anyone who’s used the Android app is welcome to correct me in the comment section below.)

You can download the app now for free on the Google Play store, and there’s a handful of free comic books available for you to check out if you’re not a subscriber.