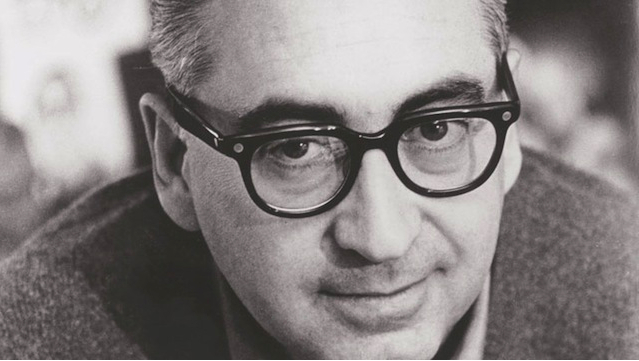 We’re loving the latest Google Doodle, a celebration of the 93rd birthday (and life’s work) of the legendary Saul Bass.

Bass was a truly great designer. In the golden age of cinema, he became famous for his title sequences. The first few minutes of classic films such as Alfred Hitchcock’s Vertigo or The Man With the Golden Arm owe all their magic to Bass and his expert handling of shape, color, and motion.

In fact, we’d probably consider Bass the founding father of modern kinetic typography, which has all but taken over cheaply produced video marketing these days (just do a YouTube search for “kinetic typography,” you’ll see what we mean.)

“My initial thoughts about what a title can do was to set mood and the prime underlying core of the film’s story, to express the story in some metaphorical way,” Bass once said.

“I saw the title as a way of conditioning the audience, so that when the film actually began, viewers would already have an emotional resonance with it.”