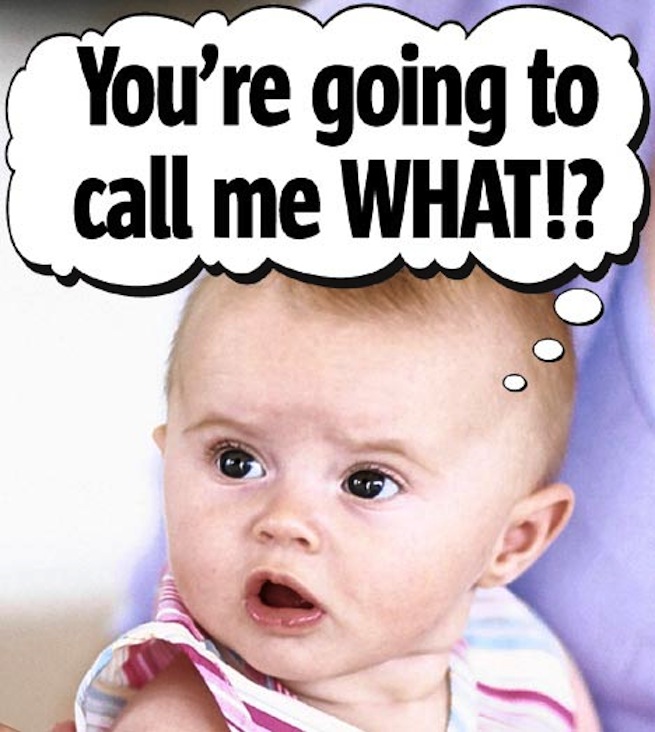 The Bay area gets a bad rap when it comes to names. No, I’m not talking about your friends’ babies, Namaste and Venture. I’m talking about brand names — especially the names of startups.

Here in San Francisco, Silicon Valley, and the rest of the Bay area, we’re home to plenty of brand names that sound nonsensical at first, but have since become household names: Google, Yahoo, eBay, and Apple. But for every quirky company name we eventually learn to take seriously, there are a handful of local startups whose silly names never seem to reach escape velocity — names that we never warm up to.

Worst-case scenario, these names can be a hindrance to their companies rather than a leg up. Of course, whether or not a company’s name is “good” is partly a matter of opinion. (Doostang, for example, sounds scatological to me — especially inappropriate given it’s “an exclusive career community.”) But some simple guidelines can add a bit of objectivity when looking at brand names. QOOP, a now-defunct “social commerce network” based in Mill Valley, failed the basic test of clear pronunciation (Koop? Kwoop? Co-op?). Weebly, a San Francisco company that lets users create sites “as unique as they are,” suffers from an unfortunately non-unique name — it fails to stand apart from the dozens of other startups with names that end in “ly” (a trend that started with Libya’s country domain). And Pinwheel, now called Findery, had to recover from the hiccup of changing its name early on due to legal availability issues.

But it’s too easy to get negative about names, especially when they’re taken out of context or with the benefit of 20/20 hindsight after a brand has run into trouble. Instead of nitpicking, let’s correct the Bay Area startup scene’s reputation by highlighting some of the great brand names working their way into our collective lexicon every day. Here are a few brand names — new or just in the news — that get their respective companies off on the right foot.

Curious, a Menlo Park startup that just raised $7.5 million in Series A financing, serves up “hundreds of short, video-based lessons for people who want to learn a new skill or rekindle a favorite hobby.” The name is a short, real word, making it easier to pronounce, easier to spell, and easier to remember than a random assortment of letters. It evokes a sense of wonder and discovery, while also speaking directly to the offering’s emotional benefit. Curious is not just about learning. It’s about satisfying your curiosity.

Based in Palo Alto, Datahero “analyzes patterns in your data…[to] help you unmask the answers within.” The name is a straightforward benefit statement: Use our services, and you’ll become a hero to your organization. By using a novel compound word, they’ve created a name that’s easy to remember and hard to confuse, even with other data-related startups like GoodData and DataSift. And by having a little fun with the name (the recently launched site is chock-full of hero-themed vocabulary including a “secret Data Decoder”), they’re already carving out a distinctive brand personality in what could otherwise be a relatively dry category.

Retrace is also based in Palo Alto, and just launched at Disrupt NY. Here’s another real-word name. But unlike Curious, the word “retrace” isn’t used very often, which makes it easier to lay claim to. One of the few places it does show up in everyday speech is in the phrase “retrace your steps” — advice given to those who have forgotten or lost something important. That makes it the perfect word for an app described by its CEO as “the best way to remember and organize everything about the meetings you have.”

After recently getting acquired by Facebook, Parse, based in San Francisco, can probably no longer be called a startup. But its name will apparently live on beyond the acquisition (at least for now), and it would be a shame to do away with it. An interesting, easy-to-pronounce, one-syllable verb, this name has a double meaning. For laymen, “to parse” means analyzing, understanding, and uncovering deeper meanings. But computers also parse code, making the name more relevant to its intended audience: app developers.

Are these startups guaranteed success because they have good names? Of course not. Obviously, success or failure is more directly determined by other factors, like the company’s leadership team, its competitive set, or the economy within which it operates, all of which are more likely to change, however, than the name. But can a great name get attention, stick in people’s minds, and send the right message? Yes. And does that boost a startup’s chances of success? Absolutely.

As director of verbal identity at Interbrand San Francisco, Rob Meyerson works with business leaders to build identities for their organizations, products, and services.