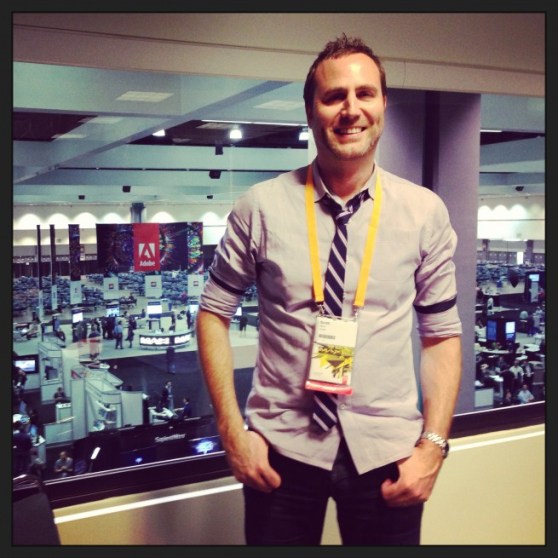 Earlier this week Adobe announced it was abandoning traditional boxed product in favor of Creative Cloud, Creative Suite’s digital and subscription-based equivalent. Although Adobe maintains that many customers have already made the transition to Creative Cloud and have no intention of looking back, the comments on the coverage across the web have been notably negative on the move.

VentureBeat sat down with Adobe Software Marketing Executive Scott Morris at the Adobe MAX conference in Los Angeles to discuss the reaction to the controversial announcement.

VentureBeat: In all of your time with Adobe, has there ever been a more divisive announcement than the one made this week about moving to the cloud?

Scott Morris: I don’t think I’ve ever had a time in my career, at Adobe or Macromedia or any other company I was at, where we’ve been going through as massive a change as what we’re going through at Adobe right now. The introduction of Creative Cloud last year was huge for Adobe, but even then, even though we had two very discrete and different offerings, both new and both available at the same time with the introduction of CS6 and Creative Cloud, it took a while for customers to really understand what Creative Cloud was about. We’ve done that now, but this is definitely a huge transitional moment for Adobe.

From a controversy perspective, we know that a lot of customers are ready for Creative Cloud, because they’ve moved there in really big numbers already. But we definitely know that not everyone is ready. It was 10 years ago, in 2003, that Adobe introduced the idea of Creative Suite. There were some similar reactions at the time, where a lot of customers were upset or frustrated or angry and didn’t understand what Adobe was doing. They thought this was just Adobe’s way to get more money out of them and things like that.

Then, what they saw over time was that the value they were actually getting from the Suite was high. They were spending less than if they were buying multiple individual products. The value we could give them by integrating the tools really tightly, where work flows between the apps, was significant. Now fast-forward to 2013, when pretty much everyone is on Creative Suite, or now Creative Cloud. We’re going through something like that. We’re going through a change that is at least as significant and probably more so, because we’re also pretty dramatically changing the whole model. 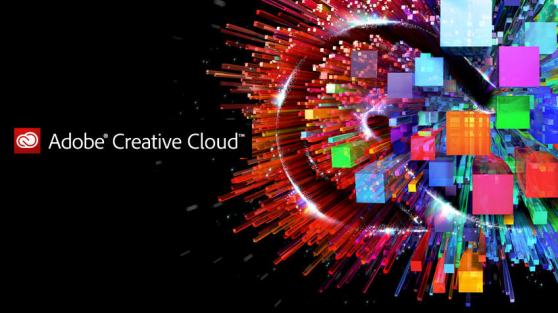 VentureBeat: Not only on VentureBeat, but also on TechCrunch and pretty much every site that I checked, for the announcement of Creative Cloud, there were hundreds and hundreds of comments of people complaining, with maybe literally one or two people who stuck their neck out to defend it. Did you feel the reaction to the Creative Cloud thing kind of overshadowed all of the features that were announced for CC? How does Adobe plan to work around that?

Morris: Yeah, that’s a great question. You’re the first person to ask me that, and also, since we’re doing this a [couple days in], you’ve had a chance to see those comments and that reaction, so you have kind of a unique perspective. We expected there to be some of the community reaction that you’re seeing. We’re introducing a huge change for our customers. There are a lot of them who are already on board. They’ve already moved to Creative Cloud. There’s a bunch more who we know are excited.

What I also saw was, there were very specific examples of people who’ve been complaining about the Creative Cloud model – customers of ours on very public forums, like on Creative COW. If you actually look at those, some of those same customers are saying, “All right. I like what I saw with CC so much, even though I’m hesitant about this, I just signed up.” We have a specific example of that with this one guy who was really, really upset on Creative COW the last couple of months, and then just yesterday, one of my colleagues showed me his tweet. He’s like, “I gave in. I signed up. I love what the CC apps have in them.” So I think there definitely was some of that negative community reaction from people just not being ready for this big of a change.

I don’t think it overshadowed all the goodness that we released. I’m sure, to a certain extent, it did. I’m sure there are customers who right now are so focused on the change that they’re not taking a good hard look at what the actual offering is. But that will come over time. It’s going to be part of people’s process for figuring out what they want to do moving forward. Some of them will just sit on CS6 for a while, some of them will move immediately to the cloud, and some of them are going to wait and see what happens and then take a deeper look. We hope that then they’re going to move, because we think it’s a pretty great release. But everyone has to be on their own path. 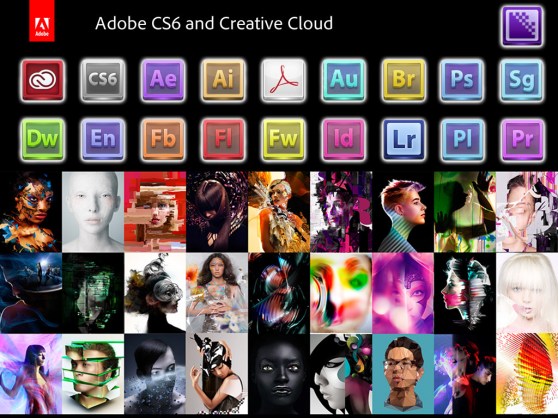 VentureBeat: Did Adobe look at something like Steam or any similar digital distribution service to reference what works and what doesn’t for Creative Cloud?

Morris: We’ve definitely looked at all the different models and the different examples of what other companies have done, peer companies. We looked a lot harder at what Autodesk does and what Microsoft has done and what some of our competitors or peer companies in the creative space have done. We also have a lot of people who have joined Adobe in the last two years who came from some of those companies and worked on those businesses, companies that transitioned from a traditional shrink-wrapped software business to a services-based business.

We brought that knowledge in-house to help us with the transition and we examined what other folks had done. What we’re doing is unique. I think even if you look at Microsoft, they offer their subscription offerings, but they also offer their perpetual… The subscription offering actually hasn’t been as successful. We decided that splitting ourselves like that actually didn’t make sense for us. Evaluating companies that had to do that, that had to manage the traditional shrink-wrapped software and the new model of services… That’s really tough to do. It was tough for us to do in the last year. That’s why we said that we’re just going to focus on one thing.

VentureBeat: I come from the games industry, where every year, especially at E3 — which is kind of like the Adobe Max for the entire games industry — a lot of CEOs and suits and businessmen get up and tell you what you’re supposed to be excited about for the holiday season and the coming fiscal year. It’s always extremely forced and usually extremely awkward as a quick search on YouTube can attest to.

Yet when I watched the keynote and the Sneaks from MAX, everyone from Adobe was very genuine and really enthusiastic about what they were talking about. Not only are these the people who make it and make decisions around it, but they’re also people that use it, which is not always true of other companies and industries. So with that said, when the entire company make such a dramatic shift in one direction, who is involved in that decision?

VentureBeat: Correct. Was there alignment, or was there just kind of like a memo handed down? “Hey, guys, by the way…”

Morris: [laughs] No, it actually didn’t work that way at all. We were very deliberate in terms of getting feedback from employees, from customers, from partners all over the last year and a half. Even before we launched Creative Cloud, we announced that it was coming. At Max, actually, a year and a half ago. So it’s been 18 months that we’ve been talking about Creative Cloud. We spent a lot of time getting feedback. We didn’t know, back then, that we were going to choose one path 18 months later and basically stop any further development on Creative Suite to only focus on Creative Cloud. It caught us by surprise in terms of… We knew Creative Cloud would be successful, but it was even more successful than we thought it would be.

And so you really see that, as an employee, without someone telling me what we’re going to be doing… For me, one of the reasons why it’s been so exciting working at Adobe is because customers who are moving to Creative Cloud really, really love it. They’re very vocal about how much they love it. So while this whole change is difficult for some, when you look at the enthusiasm that the people who have moved to it have… Just look at what they’re putting on social media, like ratings and reviews on our site, or things like Yelp reviews. We don’t control what people post. They can give us one star or five stars. Creative Cloud has a higher star rating than Photoshop, which is unheard of. Just by a little bit, but that’s unheard of. And you read what customers are saying about it.

I think that as a company, it’s been so thrilling over the last year to see that happen and have customers just love Adobe again. When the decision went down throughout the organization that we were only going to focus on this, I don’t think it surprised a lot of people. I think it was easy for the company to get on board, because it feels like a different place even internally now than it was a year and a half ago. It really does.

VentureBeat: Everyone from starving students all the way up to Disney animators use Adobe’s products. Recently, in the past year or so, crowdfunding has surged in popularity, especially on Kickstarter. You see a lot of creative projects popping up, whether it’s an indie film or a game or even an artbook or whatever. Because Adobe’s products do play such a large part in the projects that are being made through crowdfunding, do you have any initiatives that might be of interest to creative teams with really small budgets, such as a sponsorship program for particularly creative indies? For example, Epic Games will still license the Unreal Engine to smaller dev teams who can’t pay for the fees up front. The backend arrangement changes, but they don’t want to exclude anyone from being able to use their product.

Morris: You know, we actually don’t, because that’s a really interesting idea, especially with things like Kickstarter. In fact, someone who is a big influencer for Adobe in the video space just had a Kickstarter project funded on Sunday. He was telling me about it, and it really made me think. I have other friends who’ve put creative-related projects there. They wanted to get a documentary film made and stuff like that. I think that’s something interesting that Adobe probably should look at doing. We do have a program, a community involvement program, where we actually give free software, and in some cases funding, to community organizations or people who are doing really interesting projects, non-profit things. But we don’t really have anything formal beyond that. We don’t. That’s actually a really interesting idea.