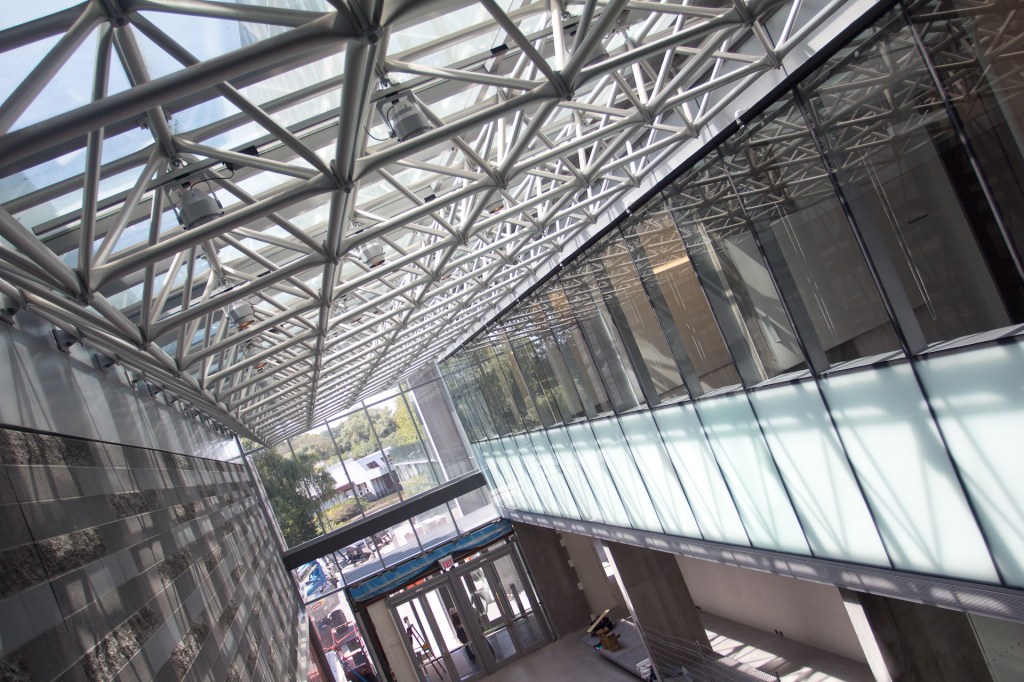 Inside this lab, your mobile phone doesn’t work. You don’t feel any outside noise or vibrations, even if a freight train passes just a few feet away. You need three months of training before they’ll let you into the nanotech clean room where molecular assembly happens.

I’m in the Institute for Quantum Computing in Waterloo, Ontario, which just added a new 283,000-square foot, $160 million research facility to its existing two buildings.

“We work on the science of the small,” executive-in-residence Rob Crow says. “We sit at the junction of pure research and technological innovation.”

The new facility, which will accommodate some of the Institute’s current 200 researchers as well as provide space for an additional 200 over the next year or so, took seven years to build, mostly because it needs to be completely insulated from outside radiation, vibration, and contamination.

As Martin LaForest, a senior manager at IQC explained, vibration — and sound — is the movement of molecules. And molecular-level nanotechnological assembly is tough to do when things are moving.

That is why the Institute has 3 feet-thick concrete floors and a completely isolated foundation that goes down 30 feet underground to bedrock. And why the building took seven years to complete. 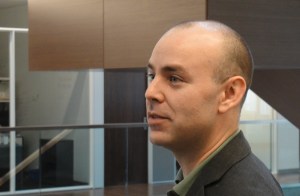 “This is the second-biggest quantum computing center in the world,” Crow says. “We’ll double in a few years and are recruiting experimentalists right now from all around the world.”

Why all the fuss and bother?

“The holy grail is a general purpose quantum computer,” Crow explains. “That will be many many orders of magnitude more powerful than all the computers in the world today.” (Maybe even powerful enough to serve as the brain for a Cylon, as a recent Forbes profile suggested.)

A quantum computer calculates using quantum mechanical phenomena, essentially using what Einstein called the “spooky” nature of tiny particles, such as photons, to exist in multiple contradictory states at the same time. Critically, that enables quantum computers to calculate certain problems much more quickly than classical computers like the one you’re using right now. For instance, while standard computers represent data via bits that can be either on or off, or a 1 or a 0, a 10-quantum bit computer or 10-qubit computer, could simultaneously represent data in 1,024 states. 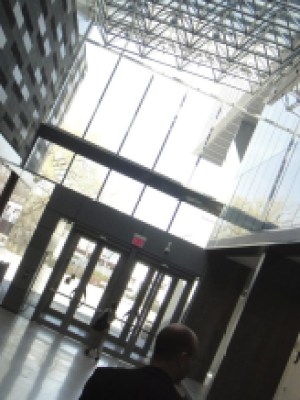 That’s what the Institute is all about, and that’s the “holy grail” the researchers are seeking. It’s also why Mike Lazaridis of BlackBerry fame (and fortune) funded the development of the institute, and set up a $100 million venture capital fund to commercialize products and technologies discovered at the facility.

There have already been multiple spin-off product and companies, including one called  Universal Quantum Devices that makes a time tagger for photos, which can accurately count and tag the arrival of individual photons, and another device, the world’s smallest chip for making entangled photos, which are critical for quantum communication studies.

In other words, LaForest says, we’re in the pick ax-and-shovel phase of the quantum era:

“Some of the most important tools are the ones you have to build yourself, and then you sell them to labs around the world working on the problem.”

Once the mission bears fruit, however, as Crowe is confident it will, the results will be immense. Much better simulation capabilities, new technologies for biological studies, better weather and climate modeling computers, amazing cryptography capabilities, and quantum sensors that could map the interior of the earth for geological exploration are just some of the possibilities.

And, even cooler perhaps, a Star Trek-like medical tricorder.

“We actually think we can build one of these things now,” says LaForrest. “Now we’re almost to the point where we can do MRI on the molecular level.”

And maybe, that’s even thinking small. Because the quantum computer, in spite of its potentially sub-atomic size, is a big, big deal.

“We are trying to be the first to build the quantum computer,” says Crow. “When we do it, and we will do it eventually, it’s going to be bigger than the moon landing.”