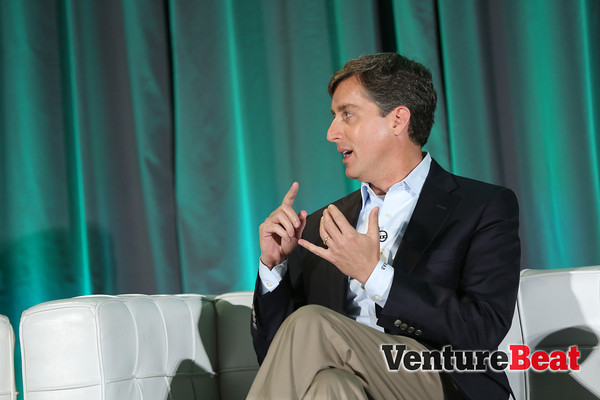 An ambitious startup, AirStrip has a plan to circumvent the tangle of incompatible systems currently clogging up the free flow of information in health care.

Believe or not, it’s an iOS app.

That’s simplifying quite a bit, but the app — and the mobile devices on which it runs — are a powerful tool for making health care data easy to share for doctors, nurses, and similar professionals.

“Look at what the iPhone did for the music business, and retail, and banking,” said Bruce Brandes, executive vice president at AirStrip, onstage today at VentureBeat’s HealthBeat conference. AirStrip aims to make the iPhone do the same thing, only in health care. “Health care is arguably the industry most in need of a ‘big bang’ disruption.”

The crux of the problem, according to Brandes: It’s “humanly impossible” for doctors to get all the information they need from the many sources of data available to them. Electronic medical record systems (EMRs) and electronic health records (EHRs) are often built on proprietary systems and lack transparent interfaces for making them interoperable.

AirStrip started by focusing on a seemingly simple problem: Making it possible for doctors and nurses to share waveform data (heart rates and blood oxygenation levels, for instance) with one another without having to be in the same room — previously a difficult problem. The company initially focused on perinatal care.

“The sad truth is babies are injured many times because of that communications breakdown,” Brandes said. 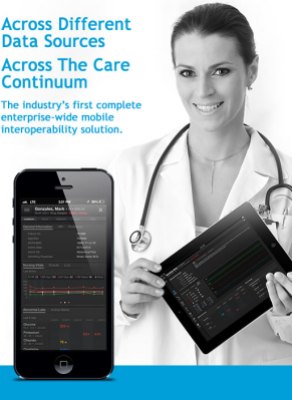 Once AirStrip figured out how to coordinate that data exchange, it was able to expand the areas of medical data that it consolidates into its apps. It now incorporates vital signs, lab results, imaging, critical medical events, and more.

Dignity Health, one of the country’s largest healthcare providers, is using AirStrip.

“We need something that is going to allow us to communicate across system, that can layer on top of the other EMRs, otherwise we’ll never be able to exchange information like we need to,” said Richard Roth, a vice president at Dignity.

Dignity tested AirStrip with a pilot deployment at a rural healthcare location first, then followed up with an urban pilot, then jumped right in to a large-scale deployment.

An entrepreneur in the audience asked about AirStrip’s experiences working with EMR providers, particularly Epic, the market leader.

“Some vendors are more open than others, and as we know with Epic, they’re a hard nut to crack,” Brandes said.

However, Brandes noted that even Epic will integrate its data with other systems in response to customer demand, as Epic CEO Judy Faulkner noted in a recent Forbes interview.

With Dignity Health and other large health care providers who number among AirStrip’s clients putting pressure on EMR vendors, Brandes said, the walls are coming down.

“Even the closed ones are being forced to work with us,” Brandes said.