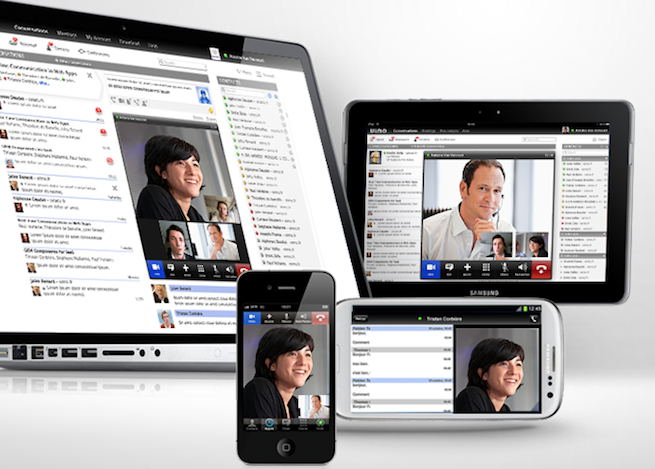 “Video is the new audio”, we often hear from startup founders who are setting their sights on large businesses.

The latest startup in the video collaboration category is Weemo, a company that was founded by French entrepreneur and telecom exec Thomas Cottereau (pictured, below).

Today, Weemo has raised $3 million investment from European private equity firm Idinvest Partners, bringing its total funding to $5 million. With the infusion of capital, Cottereau intends to expand to the U.S., and add more talent to the team so it can compete with established vendors like Vidyo, Avaya, Cisco and Microsoft.

Formerly known as “Wimo,” Weemo has made headway with customers who believe that Microsoft-owned Skype doesn’t integrate well with existing professional tools.

Weemo’s team claims its unique approach will give it an edge over the competition. The company has also developed a set of APIs, which can be leveraged by developers to add live video tools to any application or environment.

Just connect to the Weemo REST API, cut and paste a few lines of code in a web or mobile app, et voila, video calls. Companies are charged on a per user basis, which makes it more affordable than the legacy players in the space.

Cottereau said the goal is to make video a “de facto extension” of employee workflow. Companies don’t need to install any additional hardware (and pay for those expensive upgrades), as Weemo is purely a cloud service.

Weemo was founded in 2007, and currently has offices in Paris and San Francisco.