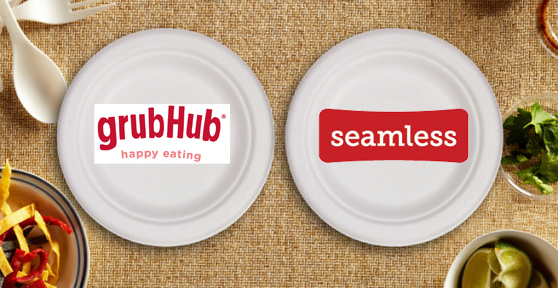 The online food delivery service industry is getting a bit smaller.

Seamless and GrubHub, the two largest services of their kind in the US, are merging, the companies announced today.

The combined company, whose name will be revealed one the deal is approved by regulators, will cover 20,000 restaurants across 500 cities. The companies say that their efforts helped restaurants pull in $875 million in food sales last year, and, combined, they’ll be able to do so much more.

“GrubHub and Seamless share a common goal to generate more business for local takeout restaurants while providing the best possible service to diners. By combining our complementary restaurant and diner networks, we are well positioned for continued growth in a massive market,” GrubHub CEO Matt Maloney said in a statement.

The merger comes after nearly a decade of competition between the two companies, both of which have been aggressively going after the same market of hungry, busy Americans. Maloney will step up as chief executive of the new company, and Seamless CEO Jonathan Zabusky will serve as president.

As far as other competitors go, the new combined company will compete with companies like the aptly named Delivery, Ordr.in, and probably many more.