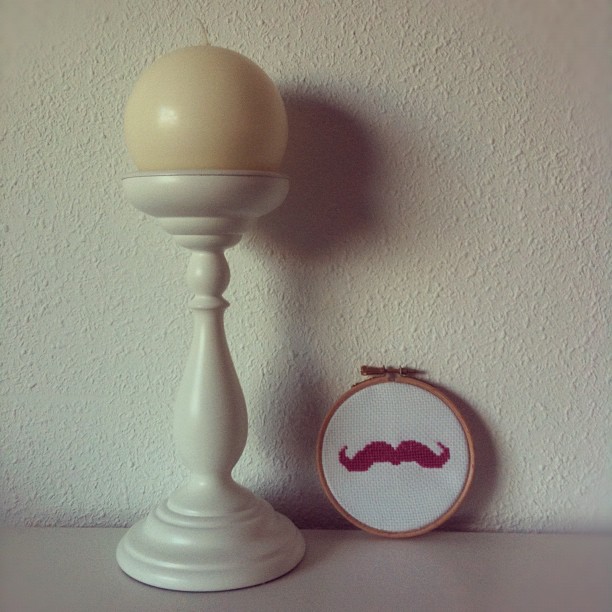 It seems like mustaches, like ride-sharing, is a trend that is here to stay. Lyft, the ride-sharing company that emblazons pink mustaches on its cars, attracted a whopping $60 million today for its third round of funding. I might try to grow a mustache myself.

Lyft team gets $60M more; now it must prove ride-sharing can go global

Ride-sharing startup Lyft has closed a $60 million funding round led by venture firm Andreessen Horowitz, the company announced on its blog. The startup with the tagline, “your friend with a car,” has developed an iPhone and Android app that lets you order a ride from a stranger in a matter of minutes. Lyft has seen some impressive traction since it launched. The company announced today that it is now facilitating 30,000 rides each week. For this reason, it’s attracted significant attention from investors; Lyft has now raised a total of $85 million. Zimmer said that Lyft intends to spread across the country — and eventually across the world — by the end of next year. With the new boost in capital, it will focus on building out the team. Read more on VentureBeat.

Loyal3 helps consumers put their money where their mouth is

Loyal3 has raised $18 million to  make buying stock more social and accessible for people who don’t have much experience with the stock market. In three steps, you can invest as little as $10 in well-known companies like Apple, Amazon, Facebook, Starbucks, Disney, Google, Coca Cola, Walmart etc…DNS-L3, LLC, an entity owned by Michael and Gigi Pritzker Pucker, led this round, along with existing investors Cris Kelly (former Chief Privacy Officer of Facebook) and Barry Schneider, Loyal3’s CEO. This is the company’s third round of financing. Loyal3 is based in San Francisco. Read more on VentureBeat.

Big data is a big trend right now, and Wibidata has raised $15 million to help businesses take advantage of it. Wibidata builds and sells big data applications that companies can use to uncover consumer insights and react in real-time. This technology enables companies to gather data from a range of sources and deploy apps that incorporate content personalization, search relevance, predictive recommendations, and anomaly detection.Canaan Partners led this second round with participation from existing investors NEA and Google Chairman Eric Schmidt. This brings Wibidata’s total capital raised to $20 million. Read more on VentureBeat.

Multi-platform messaging service Imo.im has raised $13 million in second-round funding and updated its iOS and Android apps with a new feature called “Broadcasts.” Palo Alto, Calif.-based Imo.im offers web, iPhone, iPad, and Android apps for communicating with friends and family.Imo.im claims that its apps have been downloaded more than 7 million times and that its 750,000 unique daily visitors send 50 million messages per day. The new funding was led by Imo.im co-founder Georges Harik, who is also known for being one of Google’s first 10 employees. Read more on VentureBeat.

Slyce, a startup that provides a “point of interest purchasing platform” has closed its seed round at $3.75 million. Slyce’s technology allows users to identify an object when they see it using visual recognition technology, as well as video and audio recognition, QR and barcode scanning, and NFC. Once an item is scanned, consumers can instantly purchase the item online or be directed to the nearest retail location. Product discovieres can be shared on social media and receive commission when a friend also buys.

Impersonal, mass emails are easy to dislike and ignore, which is why SimpleRelevance has raised $1 million. Simple Relevance’s platform gathers customer data and then personalized emails to specifically target individuals. The technology looks at information like past purchase behavior and combines it with geographic, social, and demographic’ data to send highly targeted emails. SimpleRelevance recently graduated from TechStar’s Chicago’s inaugural 2013 class. Hyde Park Angels and Hyde Park Venture Partners led this round with participation from i2A Fund and additional angels. The funding will be used for recruiting and hiring, and to expand its enterprise-level solutions. Read more on VentureBeat.