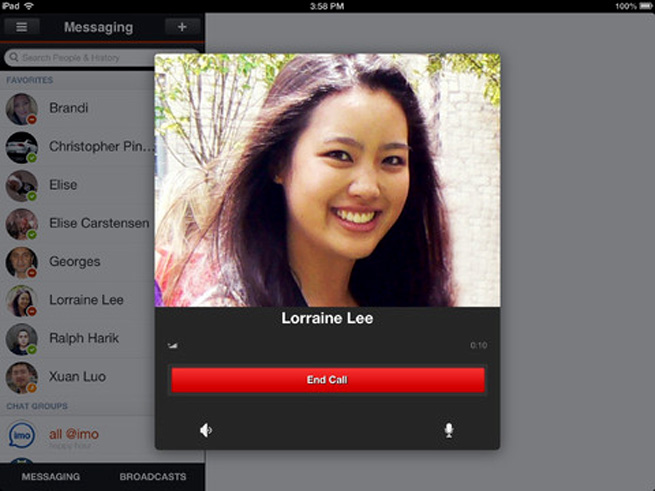 Multi-platform messaging service Imo.im has raised $13 million in second-round funding and updated its iOS and Android apps with a new feature called “Broadcasts.”

Palo Alto, Calif.-based Imo.im offers web, iPhone, iPad, and Android apps for communicating with friends and family. The new Broadcasts feature inside iOS and Android creates a channel where Imo.im users can meet new people who have similar interests and discuss those interests. Connections to new people are auto-generated based on your interests, location, and friends. Users can also share photos directly to the Broadcasts feed.

“Social discovery is an important feature,” Imo.im CEO Ralph Harik said in a statement. “We want users to find relevant and useful information, people, news, and other content that will make their lives better. imo broadcasts is a platform to achieve that.”

Imo.im claims that its apps have been downloaded more than 7 million times and that its 750,000 unique daily visitors send 50 million messages per day.

While those numbers might sound good, the messaging landscape is incredibly competitive now. Hot messaging service MessageMe just announced that it hit 5 million registered users just 75 days after launching. And then there’s WhatsApp, the hugely popular service that claims to be processing more than 20 billion messages per day.

The new funding was led by Imo.im co-founder Georges Harik, who is also known for being one of Google’s first 10 employees.