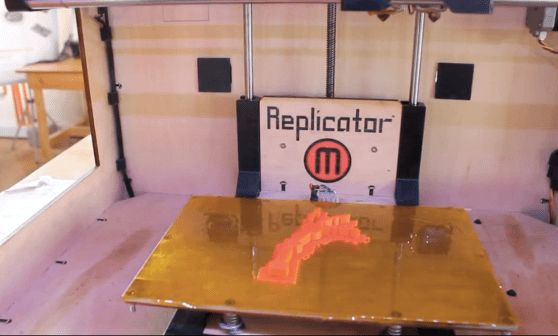 One of the big problems with 3D printing is that while printing objects is easy, designing them is often really tough. 3D design software is often viciously difficult to create with, even if you know what you’re doing. Just imagine how difficult it is for non-designers.

But maybe we’ve been thinking about design the wrong way. What if, instead of laboring in front of AutoCad for hours, you could create 3D objects just by thinking them?

That’s the goal of Thinker Thing, a Chilean company whose software uses brainwaves to create 3D objects. Using a EmotivEPOC neuroheadset, Thinker Thing’s software captures brainwaves and converts them into objects — or at least that’s the most simple way to describe it. More technically, Thinker Thing says it “creates order from chaos”, building and refining evolutionary structures using the emotional responses of users.

This goes beyond 3D objects. Thinker Thing has also been able to use human brains to control a 3D printed robotic arm, and in one case, the leg of a cockroach. This is science fiction made real.

Thinker Thing has launched an Indiegogo campaign to help support the project.