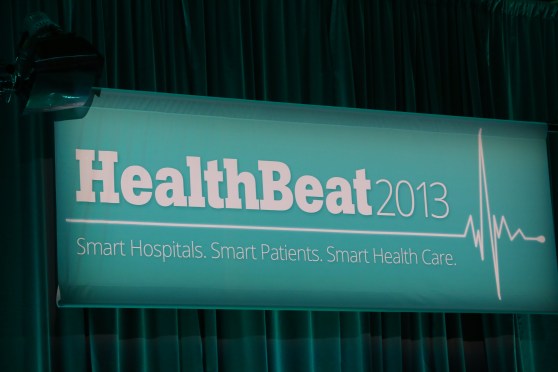 SAN FRANCISCO — Health care providers have been slow to adopt electronic health records (EHR), especially compared to countries in Northern Europe and Spain. To spur EHR use, the U.S. government has been paying out $20 billion in bonuses to those who comply. This program has purportedly been a success, and the Department of Health and Human Services recently announced that the majority of doctors are now on board.

From here in our opportunistic Valley, entrepreneurs are keen to take a cut of that $20 billion.

At VentureBeat’s HealthBeat conference last week, Dr. David Levin, CMIO of Cleveland Clinic, referred to EHR providers like Epic Systems as EMR 1.0, saying these legacy companies “started a revolution that got health care moving off paper and into an electronic world. This is the Model T era and we’re at the beginning.’

I wouldn’t want my company compared to the Model T in the age of Tesla, but based on how the conference progressed, his comment could be construed as a compliment.

Health care providers, and now technology entrepreneurs looking to develop EHRs, have long been frustrated with corporations like Epic, which sell systems that are largely closed to third-party developers and difficult for users to navigate. At the conference, a doctor was asked whether his institution is on Epic and his decisive “no” was met with a round of applause.

Epic Systems was founded in 1979 and now boasts $1.6 billion in revenue. CEO Judy Faulkner said in a recent interview that anyone developing a third-party application for Epic must have signed agreements with the company. “Customers can do it in a controlled environment, but not the whole world,” she added.

According to a report in the New England Journal of Medicine, EHR vendors have successfully convinced providers that health IT is entirely different from industrial and consumer systems, thus protecting their market share and blocking new entrants.

HealthBeat featured startup CEOs who described their products in a markedly different tone.

Instead of focusing on intellectual property, privacy, and database performance, Owen Tripp, CEO of ConsultingMD, honed in on user experience saying, “[Currently], health care isn’t designed for the user; it’s designed for the data.” In addition, Aaron Levie, CEO of cloud-storage company Box, said secure knowledge transfer and storage is the next widespread innovation in health care software, facilitated by the launch of his company’s HIPAA compliant file sharing platform.

Startups that successfully enter the market are faced with huge opportunity; a health system can expect to pay as much as $700 million for an Epic EHR implementation (and there are about 6,000 hospitals in the United States.)

Although Epic has been criticized in the media, some are wondering if there is a larger cultural issue at play, where products are simply being built to reflect hospitals’ implicit preferences.

However, in an age of mobile, apps, file sharing, email, etc., it seems natural for companies like Box to make inroads into health care markets with their user-friendly, cloud-based tools. Startups seem focused on understanding customer concerns and infusing technology with the transparency and efficiencies we’ve grown to expect.

These features are a significant departure from legacy health IT. To ease the transition for providers, Levie explained that his team is even “inventing a new language for health care privacy.”

Starting in 2014, the government will pay additional bonuses to doctors that provide “modern” technological offerings, such as access to personal health information for patients and direct messaging for practitioners.

So whether you decide to hate the player, the game, or neither, be aware that the standards, rules, and even language used to describe the industry are in flux.