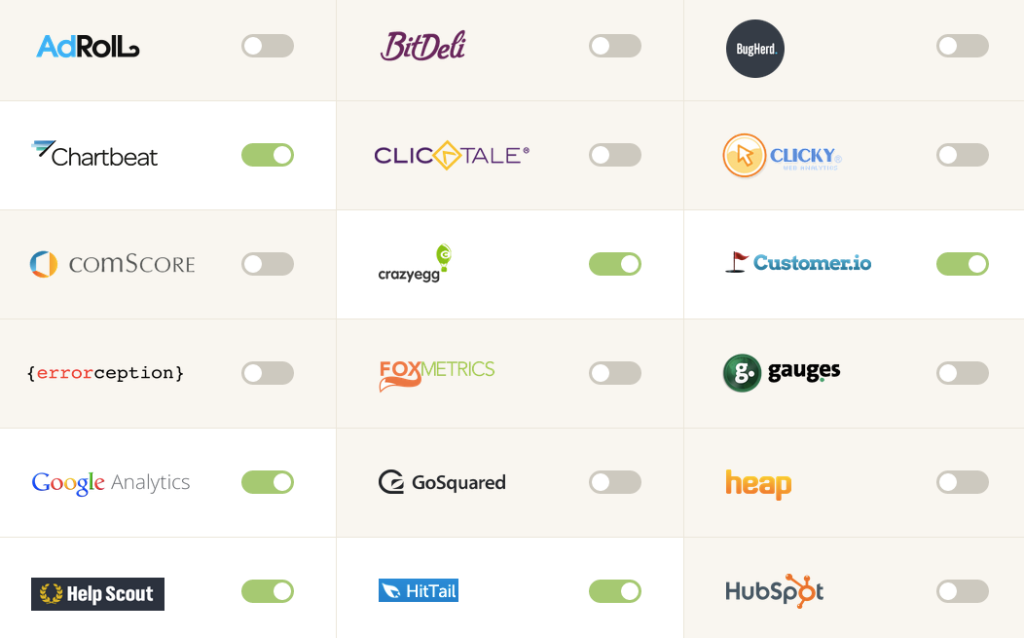 Five months ago, Segment.io‘s business just wasn’t getting traction. But an open-source library the team had released in 2012 that enabled web developers to drop in site analytics code once, and integrate dozens of analytics tools immediately, was seeing surprising momentum. So the team changed directions, built a hosted version, and today is serving “over a billion API calls a month.”

Zero to a billion in five months sounds good, so Segment.io is trying it again.

The Y Combinator-funded startup is launching a single analytics solution for mobile apps. Similar to its web version, the Segment.io’s mobile analytics SDK enables developers to implement just a few lines of code and then toggle any analytics service on or off instantly. No recompile, no resubmission to the app store, no re-installs on user devices. 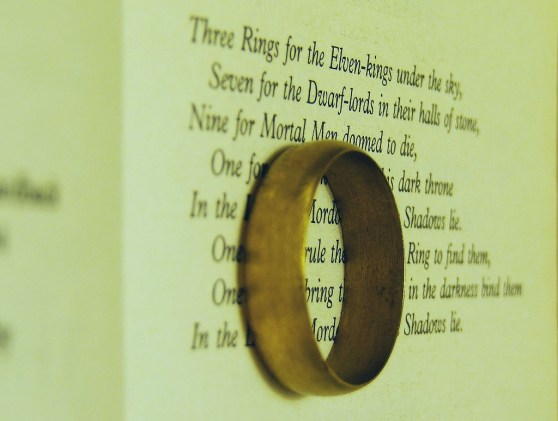 “Mobile analytics is a brand-new field, and no clear winner has emerged yet,” Segment.io cofounder Peter Reinhardt told me via email. “Countly, Mixpanel, Localytics, Flurry, Amplitude, and others are neck-and-neck … many of Segment.io’s customers ask, ‘Which should I use?’ So we made it incredibly easy to try them all.”

I’ve built mobile apps with hundreds of thousands of downloads and have an app in the iOS app store right now. From my personal experience, this is huge. In fact, I wouldn’t build another mobile app without it, because it’s like buying analytics and integration insurance. Just having to use it once, if you ever need to switch to another analytics provider or want to integrated a new marketing automation solution like Marketo, could save weeks of time and hours of work. 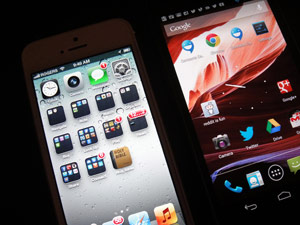 Above: iPhone5 next to my Google/Samsung Nexus.

“The client-side code took half an hour, including setting up our account,” DrChrono, a media data iPad app maker, Marketo customer, and Segment.io user said. “The backend code was equally simple. This is a huge win.”

Colin Nederkoorn, one of the cofounders of Customer.io, agrees:

“iOS and Android apps used to have a large up front cost to integrate with Customer.io,” Nekerkoorn said in a statement. “Segment.io eliminates ‘integration risk.'”

With the new software development kids for Android and iOS, Segment.io is also announcing new partnerships with marketing automation competitors HubSpot and Marketo. Which means that you’ll now be able to track and manage mobile user acquisitions — and revenue-critical items like in-app purchases — with best-in-class marketing automation analytics and solutions.

It’s also the first time that HubSpot can access and collect data from mobile apps.

“We’re really excited about Segment.io’s [capability] to update contacts’ activities directly from mobile apps,” a HubSpot representative said in a statement. “In a multidevice world, it’s important to understand the journey your prospects and leads take across devices, and send them the right message with the right context at the right time.”

That’s exciting news for app developers, who can now know more about their users, where they are, what devices they’re using, and make better decisions about how to refine their apps, improve their user experience, and also monetize.

Reinhardt didn’t know how interesting Segment.io’s original web-focused analytics product was until the team put it on Hacker News, a Y Combinator-focused technology news site. Shortly thereafter, the open-source project’s GitHub code repository had over 2,000 stars … impressive when you consider that Node.js — which is absolutely huge — has 20,000.