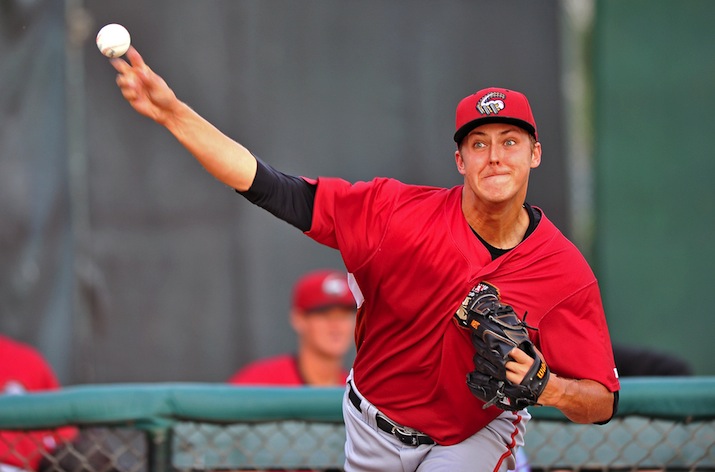 Today was a huge day, not only for startups getting small seed investments to tens of millions of dollars, but also for the funds themselves.

Two $100 million funds launched, making it a good day for anyone in the “perceptual computing,” mobile, gaming, and ed-tech fields. The funds come from Intel Capital, which is focusing primarily on computing that uses new senses to control computers, as well as Signia Venture Partners, who focuses on the latter three categories.

So start pitching, startups! You too can make it to our daily list of funding successes.

Intel Capital has created a $100 million fund to finance perceptual computing projects, or those that use more senses to interact with computing devices. Perceptual computing includes gesture recognition using 3D depth cameras, which send signals into a room and measure the time it takes to bounce back in order to map the room’s 3D space. Intel Capital is making a strategic investment so that the PC can thrive. Intel’s venture capital arm typically funds next-generation technologies so that it can keep pumping up demand for its computer chips. Read the full story on VentureBeat.

Signia Venture Partners is raising a $100 million fund, according to an SEC filing. Signia Venture Partners is an early stage fund that makes investments in mobile, gaming, online video, and education technology. It was formed by Playdom Inc founder Rick Thompson– who sold his company to Disney for $763.2 million in 2010– and fellow tech industry veterans Dan Fiden, Ed Cluss, and Sunny Dhillon in 2012. The group committed $20 million of their own money for the first fund and has made just shy of 30 investments to date. Read the full story on VentureBeat.

A San Francisco-based startup known as SoFi is building technology to help college and grad students avoid falling into crippling debt. It’s an ambitious goal, but SoFi is growing and raising money at a rapid rate. After raising a huge $77 million fund in September 2012, SoFi today received an additional $41 million infusion in capital from Bancorp, a financial services holding company that operates the Bancorp Bank. This news comes just two months after the company secured a $60 million warehouse line from Morgan Stanley. Read the full story on VentureBeat.

ResearchGate, a social network for scientists, has scored a sweet $35 million third round of funding led by Microsoft co-founder Bill Gates and Tenaya Capital. It’s not often that we see a single individual listed as a lead investor in a large, late round like this. But then not many individual investors have the deep pockets of Gates — or the commitment to scientific and medical research. Read the full story on VentureBeat.

YPlan wants to make sure you always know what you’re doing tonight. Launched last November, YPlan offers a daily curated shortlist of a city’s most notable events. The app is raising $12 million in round of funding led by General Catalyst Partners. The company says it plans to use this funding to expand its footprint beyond London to new cities, including New York, where it’s set to land later this year. In addition to the latest funding, the company also raised $1.7 million last July. Read the full story on VentureBeat.

InsightSquared gets $8M to bring data analysis to Main Street

InsightSquared, the Cambridge, Mass.-based company that is taking on Microsoft’s Excel, just scored $8 million in second round funding. InsightSquared is targeting small business owners who have not been able to afford sophisticated technology in the past. InsightSquared caters to tech startups and ‘mom and pop stores’ on Main Street. Read the full story on VentureBeat.

Private air travel startup Surf Air just got a tidy $7 million in its first institutional round of funding — and just as it wrapped up the FAA approval process, too. For a handsome membership fee, its members will get unlimited flights to and from Los Angeles and San Francisco area airports. The company also plans to open up new routes in other states. The L.A.-based startup says its customers will fly on eight-passenger luxury craft and will be able to carry a single 35-pound bag per person.

Scripted.com, a marketplace joining freelance writers with businesses that need marketing copy, has raised a $4.5 million first round of investment. The company has a pool of over 80,000 vetted writers around the world, it claims, who can write expertly on topics “ranging from cloud computing to fashion.” In effect, it acts as a talent agency for these writers, pitches their services to its customers, then edits and delivers that content to aid in its customers’ marketing efforts. The content includes blog posts, social media posts, white papers, e-books, case studies, and the now rather old-fashioned-seeming standby, press releases. Read the full story on VentureBeat.

Playtox announced today that it raised $3 million in its latest series of funding. Venture capital firm Runa Capital was the sole investor for this cash infusion. Playtox will use the money to further developer its lineup of mobile browser-based massively multiplayer online games. The mobile gaming market doesn’t live entirely in the Apple App Store or the Google Play market. Companies like Playtox have popular games that reach directly to players through mobile browsers — and it’s bringing in more funding to do so. Read the full story on VentureBeat.

Getting out of bed in the morning can be painful and Sunrise is trying to improve that experience with good design.  Today the startup that delivers a ‘smart’ and beautiful’ digest of your day announced closing a $2.2 million round of funding. The founders of Sunrise are ex-Foursquare designers Jeremy Le Van and Pierre Valade. They were disappointed with the available calendar options and decided to create a better designed alternative that focuses on user experience. The platform connects APIs from sources where you might have events saved, such as Facebook, Google Calendar, and Eventbrite, and assembles all of that information into one digestible email. Read the full story on VentureBeat.

Las-Vegas-based polling app Imagoo has taken $1.2 million in angel money for its iOS app. The features are all about comparisons between things and friendly challenges between people — stuff like “iPad versus Slate 7” or “boobs versus bigger boobs” (we didn’t make that up). The company tells us it can also be a great A/B testing tool for businesses. The investor in the deal was not named, but our source at the company said it was a single entity.