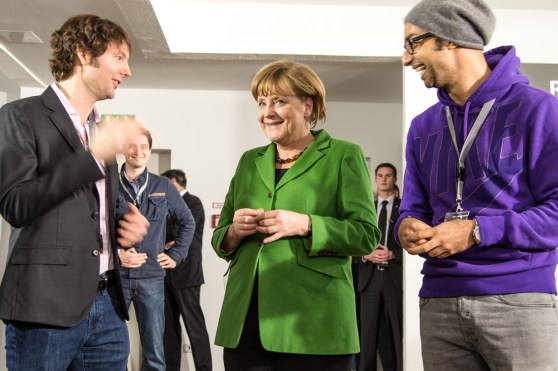 ResearchGate, a social network for scientists, has scored a sweet $35 million third round of funding led by Microsoft co-founder Bill Gates and Tenaya Capital.

It’s not often that we see a single individual listed as a lead investor in a large, late round like this. But then not many individual investors have the deep pockets of Gates — or the commitment to scientific and medical research.

“Bill is perfectly aligned with our goals of opening up science, with his interest in eradicating diseases,” said ResearchGate co-founder and chief executive Ijad Madisch, in an interview with VentureBeat.

Madisch, an M.D./Ph.D who studied at Harvard, created ResearchGate in 2008, together with Sören Hofmayer and Horst Fickenscher.

Today’s funding news confirms an earlier report that Gates would be investing in the company, but the earlier report had the funding total wrong and didn’t include any of the other investors. The Series C round also included investments from Dragoneer Investment Group, Thrive Capital, and the company’s existing investors, Benchmark and Founders Fund.

“I noticed while doing research that science is basically broken,” Madisch told me. Scientists only publish positive results, while — as any high school science student could tell you — experiments are meaningful whether or not they confirm your initial hypothesis. As a result, only 5 percent of what scientists do actually gets published, Madisch said, leading to a lot of wasted effort and misleading results.

“Many other scientists in the world were making the same mistakes that I have already done,” he said. By providing a forum where researchers can upload all of their data, lab results, and methodologies (both failed and successful), he hopes to create “a new world of open science where information is quickly available.”

He’s well on the way toward that goal. The site now serves 2.9 million members (all scientists or students of science) from 193 countries; the leading countries are the U.S., India, the U.K., and Germany. The site has seen an “exponential” increase in the amount of data uploaded by its users in the past 15 months.

“People are starting to realize the importance for their research and for humanity that they are sharing as much as possible,” Madisch said.

In addition to biasing communication toward positive, fully-baked results, journal-driven publishing has another shortcoming, he said. “In general, a journal is not the right way of publishing information. An article should be published somehow in the cloud and tagged with research tags. If you decide to publish in a journal, you’re basically putting it in a silo, which I think is basically wrong.”

For example, he said, if a scientist publishes a paper in the Journal of Virology, the only people who will read it will be those who specialize in viruses — or those lucky enough to come across a copy of the paper in other references — which may be a small subset of the scientists who might be interested in the results.

“We have to change the mindset of scientists. [You need] an open science mindset, which includes publishing everything you are doing,” Madisch said.

Madisch said he tried to start the company while working part time in a postdoctoral position at the University of Hanover, after completing his studies at Harvard. (A German native born to Syrian parents, Madisch had done undergraduate work in Hanover.) But his advisor there told him to “get that birdshit out of your brain” and focus on his postdoctoral work, because scientists would never be willing to share pre-publication data on a social network like ResearchGate.

The next day, Madisch resigned his position at Hanover. He then returned to Boston to work on his startup in a friendlier climate, where he had the support of his Harvard advisors. Eventually he met Matt Cohler, the Benchmark founder who cut his teeth at Facebook. Cohler led Benchmark’s series A investment in ResearchGate. The company then relocated to Berlin, which Madisch says is now a very hospitable environment for startups, with a lot of talent, low costs, and easy access to the rest of Europe.

He had the last laugh in another way: He said that “Professor Birdshit” signed up to use ResearchGate just a few years after telling him it would never work.

The company will use its new pile of cash to build and refine its publishing platform; create an API (application programming interface) for outside developers to build apps that integrate with ResearchGate; and focus on monetization. The company plans to make money in two ways: By charging for extra services on its job board, which already lists 12,000 postings for scientific positions; and by building a marketplace for scientific products and services.

It has no plans to charge for its content, Madisch said, and he added that the site doesn’t own the content its users upload. If a scientist uploads something to ResearchGate, she continues to own that data.

“We want to make information available for free,” Madisch said.