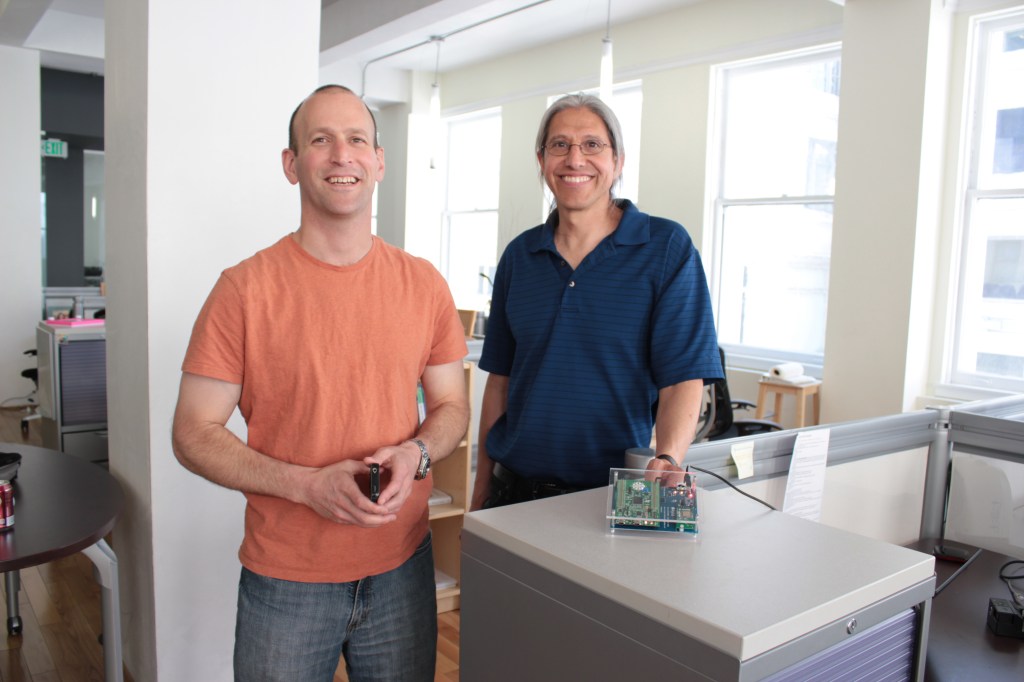 Imagine a world in which we interact with machines that respond to our every need. Well, a startup called Ayla Networks launched today to make this sci-fi vision a reality.

Ayla’s mission is to build an ecosystem for the Internet of Things. Today, the startup emerged out of stealth mode and revealed $5.4 million in financing. Ayla’s platform enables manufacturers of household products, like appliances and thermostats, to turn them into connected devices.

“The Internet of Things is inevitable,” said CEO and cofounder David Friedman in a Q&A. “In just a few years, the cost to add connectivity will be so small, that it will be built into almost everything. Apple, Amazon, Nest, and even Google have developed breakthrough products — we let appliance makers do the same. This will allow the mass manufacturers to start developing intelligent products. Product design will be fundamentally altered.”

Ayla works with manufacturers and chip makers to embed its software into their products. Manufacturers only pay a one-time fee for connectivity and host the Internet service on Ayla’s cloud. The platform has three components — WiFi enabled modules and IP gateways, a cloud service for hosting and managing the devices, and application libraries. These components are meant to work together so manufacturers and consumers have to do as little as possible. When consumers buy those products, they just do a quick set up on their smartphone and are online.

Companies like Arrayent, Electric Imp, Digi, and Cisco provide similar products and services, but Friedman said Ayla stands out by working directly with Original Equipment Manufacturers (OEMs) and only charging once. The business model and technology are designed to be as scalable as possible.

“Most of our competitors charge by an ongoing subscription, which makes costs for adding connectivity complicated and unpredictable,” he said. “We live and breathe in this world and understand how to get technology into mass production.”

Friedman previously worked at ZeroG Wireless, Matrix Semiconductor, and Intel. Cofounder Adrian Caceres most recently worked as part of Lab 126 at Amazon. Cofounder Tom Lee founded Matrix and ZeroG, and Phillip Chang also worked at ZeroG and is an expert on China, where the company expects to conduct a lot of its business.

Along with the launch, Ayla also announced its first major customer. Sina is one of China’s largest Internet portals, with 500 million registered users worldwide. It ships a Wi-Fi weather station to customers each month that gives a micro weather report for each house. When thousands of these devices are linked on the cloud, you get a granular report of the weather in that city.

Whether its a weather station, a lighting switch, a thermostat, or a refrigerator, there are tremendous opportunities in this space. Voyafer Capital and Crosslink Capital led the $5.4 million round of financing to make completely connected homes accessible to everyday people. Ayla is based in Sunnyvale, Calif. and has 21 employees.