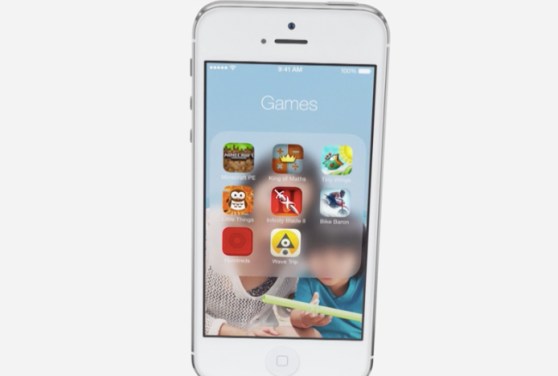 Apple unveiled the newest version of its mobile operating system yesterday. While much of the tech world fawned over the new design, I’m not impressed. iOS 7 is a nice refresh of the basic look, but it does nothing to advance the operating system beyond the basic menu of buttons it’s relied on since the iPhone launched in 2007.

Apple chief executive Tim Cook called it “the biggest change to iOS since the introduction of iPhone.”

The biggest change to iOS was the introduction of the App Store, one year after the iPhone’s launch, in 2008. The next-biggest change was when Apple introduced the iPad in 2010, extending iOS to tablet devices as well as smartphones and sketching the outlines of Apple’s future mobile strategy.

“With iOS7, Apple is taking its iPhone operating system a step further,” said longtime Apple analyst Roger Entner. “It is redesigned following the same design philosophy that made Apple’s hardware so elegantly distinct while enhancing usefulness as the spiritual successor of Bauhaus. … The enhancements to Airdrop and iCloud bring these applications and services to the logical next step and close to perfection.”

Effusive praise. But it’s way over the top.

iOS 7 is an almost purely cosmetic upgrade. The people who are calling it a radical new design are misguided. It’s not a redesign — it’s a new coat of paint.

“Installing iOS 7 on to your phone is like getting an entirely new phone … but one you already know how to use,” said Apple exec Craig Federighi, in yesterday’s WWDC keynote. His comment illustrates Apple’s true goal, which is to make the OS look fresh but not actually change things up so much that people get confused or alarmed.

Now, don’t get me wrong. This paint job has some nice colors. The new icons have a flatter, less “realistic” look. Instead of a screen full of shiny plastic lozenges, you’re now looking at a screen full of flat little rounded squares. Fans of faux-leather and fake green felt will have to look elsewhere for their dose of skeuomorphism, which seems to have been kicked out the door along with former executive Scott Forstall.

iOS 7 does transparency nicely, too. The new icons float over pale backgrounds like panes of plastic or glass. It’s very reminiscent of Apple’s desktop OS, except with a nifty bit of interactivity: As you tilt the phone, the boxes in “front” float over the background as if in 3D.

The calendar app has a nice, clean, flat look, with less real estate devoted to the boxes containing your appointments and more space for the appointments themselves.

And certain apps, like the new Control Center, have a new, clean, text-centric layout with fonts and spacing that seem reminiscent of Windows Phone 8.

The echoes of Windows are especially ironic. After decades of making some of the ugliest software on the planet, Microsoft has actually been leading the pack in mobile design. Its home screen presents a collection of flat, information-rich tiles that dynamically update with the information that’s most important to you. The edges of the screen hint what content lies on the next screen over, giving you subtle guidance about what you get if you swipe left or right. The color schemes and fonts are consistent, fresh-looking, and readable.

When Windows Phone 7 came out in 2010, I was struck with how dated iPhone and Android looked by comparison. Microsoft had finally leapfrogged the competition, after lagging behind them for years. Later, Android caught up, to a certain extent, with Ice Cream Sandwich and now Jelly Bean, which have gradually stripped out extraneous UI elements and imposed a cleaner, more consistent, more readable look to the interface.

Even Facebook got on board with the idea of pushing relevant information to the home screen through Facebook Home. Now, it hasn’t been the best-received app, and I think that Facebook’s approach is a little aggressive by essentially taking over your mobile device and turning it into a Facebook phone (or tablet). But it shows that Zuckerberg and company are paying attention to useful ways of utilizing the home screen space.

Apple, by contrast, has preferred to stick with its familiar array of buttons and folders. It has focused all the operating system’s communication functions into its Notification Center, an increasingly complicated stack of badges, alerts, and banners. The apps themselves remain siloed within themselves, gaining a few features (the capability to run in the background, for instance) but not gaining significant integration into the overall user interface.

What’s more, Apple’s new design language seems a little half-baked. I’m not the only one who feels that way: App designer Tim Green posted a complaint last night taking Apple to task for the little details (like yellow text on a white background) that just don’t seem right. Plus, he says, many of the design cues that use to indicate, say, a clickable button are now gone — and app designers will need to work with a more limited palette.

“As a UI designer, I feel like I’ve had my design vocabularly forcibly shrunk down to 100 words,” Green wrote. “It feels a bit like I’ve been strong-armed into a style I don’t think is particularly intuitive or a great direction for UX.”

In short, it’s a nice update. I like the way it looks. But it’s not a major redesign of the user interface, no matter what Apple says.