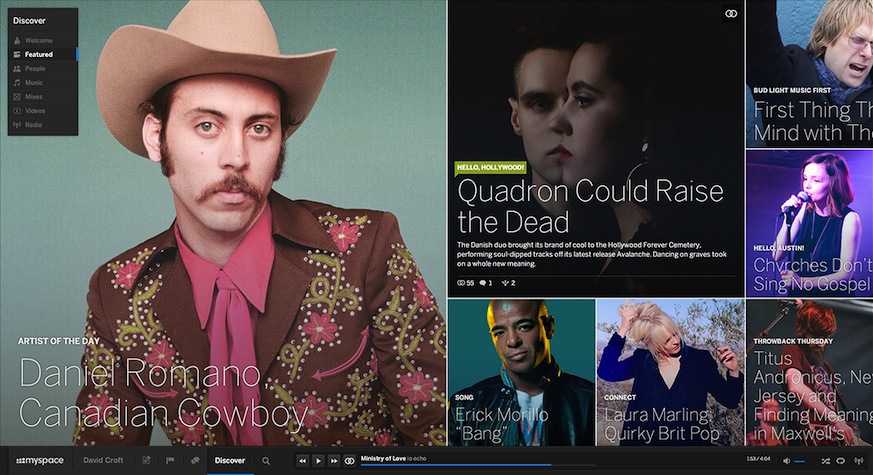 Myspace is unveiling its latest version today with some new features and an iOS app designed to pull in users despite the multitude of other music-focused services already vying for their attention.

As anyone who has used the Internet in the last decade already knows, Myspace’s descent as the top social network led to it being sold off by News Corp. last year to Specific Media, which rebranded it as a destination for music artists and fans. It launched a public beta version of the site back in January with help from minority investor Justin Timberlake. Rather than competing with social giants like Facebook and Twitter, the new version of Myspace focuses on cultivating new users, providing better music discovery, and appealing to artists who seek more listener analytical data.

“What we launched in January was a good first [example] of our vision of making Myspace the best place to listen and share musical interests, but [today’s launch] is us taking what we’ve learned from our users and applying it,” Myspace chief executive officer Tim Vanderhook told VentureBeat.

Essentially, that means Myspace is putting a greater emphasis on mobile usage. The company’s new iOS app basically carries over the functionality of the website and adds a few exclusive features. One of those is a tool to create and share animated GIFs, which seems interesting, but I’m unsure how it’ll further Myspace’s goal of being a music destination. And for those without an iOS device, the company is also releasing a new mobile website.

In terms of new features, Myspace now provides artists with a way to curate their own radio stations using the site’s library of over 50 million songs from major labels, smaller indie labels, and artists without representation. “Letting artists curate their own radio is going to give fans that extra level of access to see what inspires and shapes their own music,” Vanderhook said, adding that users can also access this functionality.

There are also new analytics tools that let artists manage their digital presence, build an audience, and upload and distribute content — all from a single location. However, the company is assuming that artists will only use a single platform and doesn’t integrate activity on social networks like Facebook and Twitter. Yet Vanderhook did tell me that’s something the company may explore at a later time.

The new Myspace site is available now to all users, as is the free iOS app. Check out the gallery of screenshots below for a closer look. 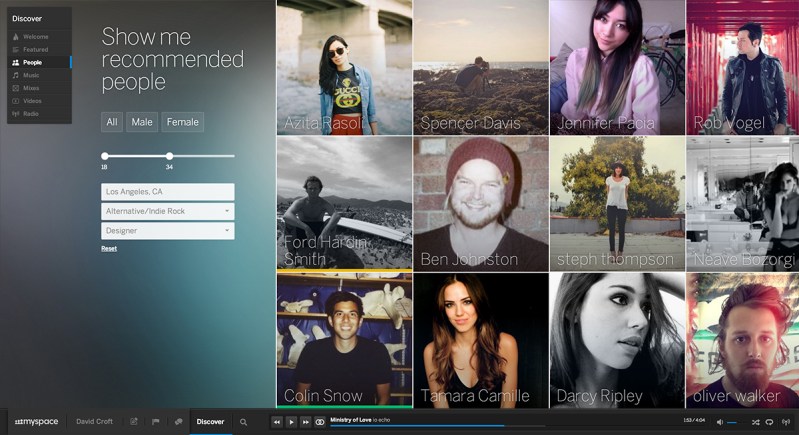