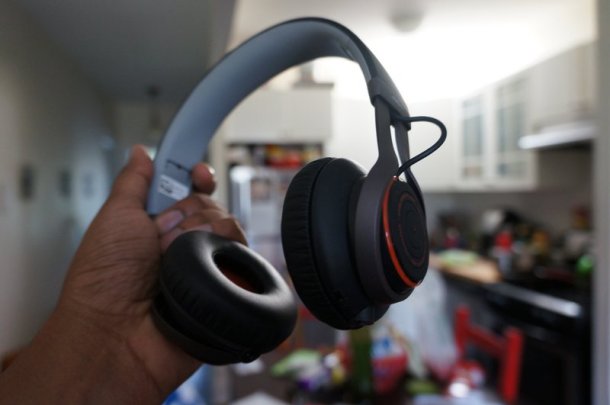 Our phones are faster and smarter. Our laptops are thinner. But, for most of us, our headphones still have wires — serving as both an umbilical cord to today’s digital media and a constant reminder of old-school music tech.

With just about everything going wireless these days, it’s surprising how much we’re still relying on wires when it comes to listening to music on the go. Despite their penchant for tangling, snagging, and breaking, good ol’ wired headphones are still the most popular choice.

But now, with the ubiquity of smartphones and improved Bluetooth connectivity, wireless headphones finally don’t stink. In fact, I’ve tested several that could be good enough for discerning audiophiles (or at least, good enough that they don’t throw them away in disgust). And if you’re looking to share music with friends, wireless speakers have also come a long way.

Ultimately, the success of today’s wireless audio gadgets boils down to a better experience than we’ve ever seen before. And in many cases, that’s due to our mobile devices offering better experiences as well. (We’ll be exploring the huge evolution in mobile experience at our MobileBeat 2013 conference next month.) 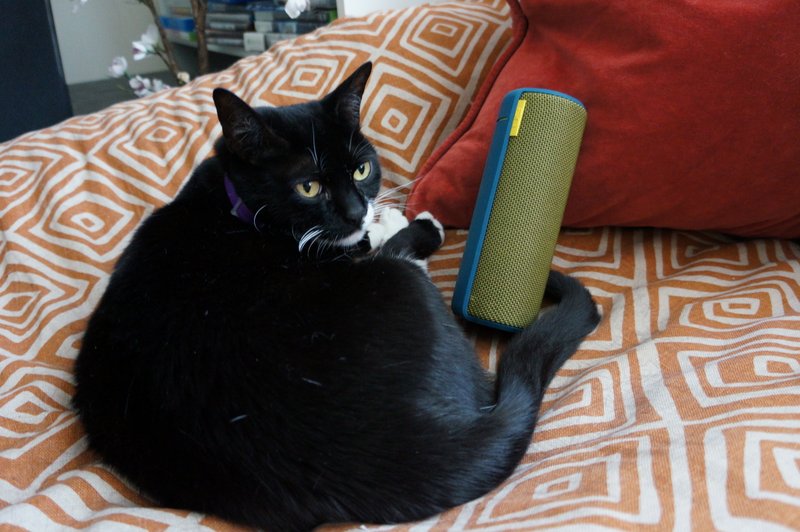 Above: Cats love the UE Boom

I suppose it’s not hard to see why we’re so attached to our wired headphones. There have been plenty of wireless headphones over the years, but they’ve mostly failed to catch on due to their cost, complexity, and sub-par sound quality.

The biggest issue? Basic wired headphones are dirt cheap. And, from what I’ve seen, most people never see the need to move beyond the headphones that come with their phones and music players. And audiophiles have preferred wired headphones because of their better sound quality. With limited demand from both the low- and high-end of the market, there simply hasn’t been much of a place for killer pair of wireless headphones.

But, just as we’ve seen many other gadgets go wireless, it’s only a matter of time until the tide turns for headphones as well.

The current wireless headphone crop: Something for everyone

Today, there are plenty of worthy wireless options that are miles ahead of what we’ve seen before.

In my testing over the past few weeks, I was surprised at just how good they sounded — bass was tight without being overbearing, and you also can hear plenty of detail at both low and high volumes. And while they weren’t tough to pair over Bluetooth, you can pair the Revo even more easily with any NFC-equipped smartphone (simply tap the phone to the left earcup). They sport touch controls on the right earcup, which you can use to control volume levels, skip tracks, and pause music. 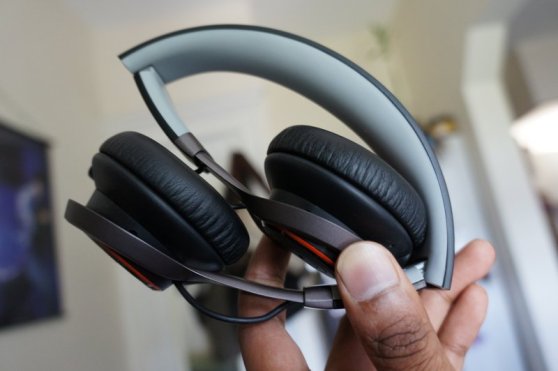 I was impressed by the Revo’s versatility: You can plug in a mini-jack cable if you’re trying to listen to a non-wireless source (the sound was slightly better over the cable, naturally), and you can also plug it into your computer with a USB cable, which both charges the headphones and lets it function as a USB headset. The Revo Wireless also includes a microphone, so you can take calls when it’s connected to your phone, or use it to trash talk your friends in online games.

I’m usually not a fan of wearing bulky headphones, but the Revo Wireless’s well-cushioned earcups made them easy to wear for hours. I also appreciated their construction — the cups are surrounded by curvy metal arms, which are attached to a plastic bridge that can be folded down. While the metal portion felt strong, you’ll probably have to be careful about storing these headphones in a backpack where its hinges or plastic components could be crushed.

At $250, the Revo Wireless headphones aren’t exactly cheap, but you can currently find them for around $200 on Amazon. They’re a better deal than the $279 Beats by Dr. Dre wireless headphones, but if you’re looking to save some cash, consider Creative’s recent wireless lineup (especially the WP-350, which you can snag on Amazon for just $50).

If you prefer in-ear headphones, check out Plantronics’ BackBeat Go ($100) or JayBird Gear’s BlueBird X ($170). I tested out the BackBeat Go when they were released last year and found them surprisingly capable. Sound quality was decent (not as good as the Revo Wireless), and they were compact enough to stuff into a shirt pocket. At this point, the extreme portability is both their greatest strength and weakness — they’re easy to bring anywhere, but their diminutive size means there’s little room for decently-sized batteries. I saw around 5 hours of battery life with the Plantronics unit.

Above: The original Jambox atop the Big Jambox.

The massive success of Jawbone’s Jambox several years ago made it clear that there’s a huge demand for well-designed portable speakers — especially if they sound great. Since then, we’ve seen a slew of competitors appear, and Jawbone also went for larger sound with the fantastic Big Jambox ($250).

While Bluetooth is the most prevalent connection technology for wireless speakers, Apple’s AirPlay standard has also gained some support in high-end options. Audiophiles typically prefer AirPlay since it’s uncompressed — meaning it doesn’t hurt music quality like the heavily compressed Bluetooth standard. The tradeoff, of course, is that you can only use iOS or Macintosh computers to connect to AirPlay devices. My advice? Stick with Bluetooth options for now. 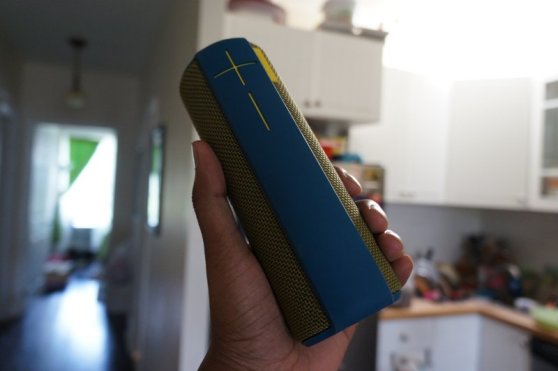 One recently released speaker entry worth considering is Logitech’s new UE Boom (above), which offers up some stiff competition to Jambox’s devices. The $200 Boom looks unlike any speaker you’ve ever seen, with a cylindrical design and wacky color combinations. It basically begs to be taken outside — the Boom sports around 15 hours of battery life, a water and stain-resistant skin (which comes in handy during messy barbecues), and even though it’s much smaller than the Big Jambox, it delivers sound almost just as loud.

Most importantly, it sounds fantastic. Thanks to its cylindrical design, the Boom can effectively fill large spaces with thumping tunes. That’s a huge plus over Jawbone’s boxy offerings, which typically sound best when you’re directly in front of them. Like the original Jambox, as well as plenty of other wireless speakers, the Boom also functions as a speakerphone.

It’s all about a better wireless experience

As I mentioned above, what really sets apart this most recent round of wireless audio gadgets is a much improved experience over past wireless offerings. To list just a few:

No matter your experiences with wireless music gadgets in the past, it’s worth taking a closer look at what’s available today. Plenty of great options are out there, especially if you’re in the market for a new pair of over-the-ear headphones or just want a portable speaker that you can take to the park.

Perhaps the biggest selling point for going wireless: never having to deal with those damn tangled cords again.