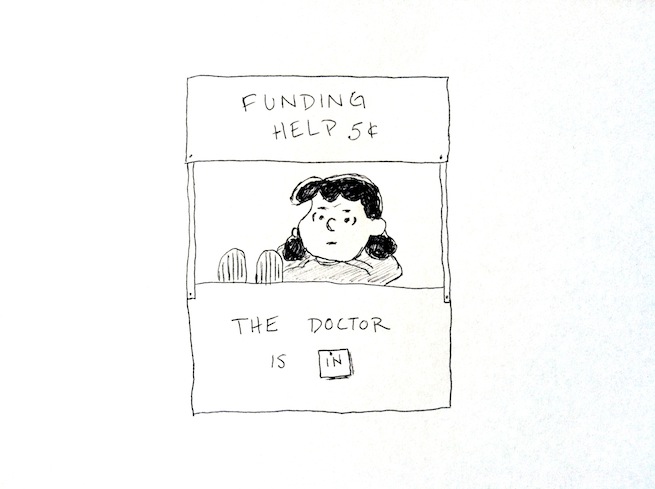 You’ve got a fever, and the only prescription is more Funding Daily? We think we can help you with that.

We had another whopping 11 funding announcements today, but of all of them, the top two biggest deals went to health startups. We think health is one of the biggest topics of this year. So much so that we held an entire conference around it.

But you don’t need to believe us; the money speaks for itself!

COMS Interactive, a startup that produces SaaS products for the healthcare industry, has secured a new $21 million round of funding, the company announced today. COMS’ main product is Daylight IQ, a software suite that manages health and disease profiles for elderly residents at senior living facilities. The software suite helps track changes in a person’s condition and alerts attendance and doctors accordingly, which basically helps save patients from going to the doctor multiple times before finding what’s actually wrong. Read the full story on VentureBeat.

CareCloud has raised $20 million to break the healthcare system out of the Jurassic era. CareCloud offers cloud-based electronic health record (EHR) software. It provides tools for practice management, EHR, and medical billing that connect providers to each other and to patients, creating a complete digital healthcare ecosystem. Tenaya Capital led this round with participation from existing investors Intel Capital and Norwest Venture Partners. It brings CareCloud’s total funding to $44 million. CareCloud is based in Miami. Read the full story on VentureBeat.

FiftyThree raises $15M to unleash your creativity with Paper

FiftyThree is going on fifteen. Fifteen million dollars, that is. FiftyThree is the company behind Paper, an iPad app that Apple named 2012 iPad App of the Year. Today FiftyThree closed a $15 million deal led by Chris Dixon at Andreessen Horowitz with participation from Highline Ventures, Thrive Capital, SV Angel, and Jack Dorsey. Read the full story on VentureBeat.

Personetics has raised $11.5 million — led by Lightspeed Venture Partners — for its predictive analytics solutions for the banking industry. The technology aims to predict customer needs and provide quick resolutions so financial institutions can improve their customer experience and reduce their operational costs. This funding will be used to drive sales and scale operations. Existing investors Sequoia Capital and Carmel Ventures also participated in this round. The company has offices in New York, Barcelona, and Tel Aviv.

SpaceCurve — a startup that lives to suss out massive amounts of location, social, sensor, and timeline data — has just raised $10 million. This round, led by Triage Ventures, is the company’s second institutional round of funding. Since it was founded, the startup has taken a total of $17.3 million, including a $3.5 million Series A last summer. The startup is trying to organize and make useful just about every kind of data imaginable. Read the full story on VentureBeat.

Nok Nok Labs, a security startup focused on making two-factor authentication even stronger, raised a $4 million round of debt financing today from existing investors Onset Ventures and DCM. Nok Nok is working on its Unified Authentication Infrastructure product — a form of two-factor authentication that companies can build off of. The technology takes advantage of existing features in the devices their employees already have. For example, if an employee is trying to access something on his smartphone, he may have to swipe a finger to prove he is really there. The company announced a $15 million first round of funding in February though a spokesperson explained to VentureBeat that this funding actually closed in 2011. Read the full story on VentureBeat.

Showing VCs are more than willing to throw money at buzzword-filled startups, software-defined storage startup CloudByte has raised $4 million in new funding. Campbell, Calif.-based CloudByte’s software promises to “guarantee quality of service to every application from a shared storage platform.” Essentially, the company’s tech brings virtualization and software-defined smarts to storage. Companies can use it to better manage storage for applications in a virtualized data center. Read the full story on VentureBeat.

Real-money-betting company Skillz raised $4 million in its latest round of funding. Skillz provides mobile gamers with a platform to put real money on the outcome of competitive games. It is currently operating in more than a dozen Android games, where players can compete in tournaments for the chance to take home a real-money prize. This is similar to recent efforts from some companies to get into real-money casino games, but Skillz operates solely in skill-based titles. Read the full story on VentureBeat.

Capitaine Train has raised $3.34 million (€2.5M) from Index Ventures and CM-CIC Capital Prive to grow its online train-ticket booking platform. The company sells tickets to European destinations and distributes all of the offers of two major railway companies in Europe: SNCF and Deutsche Bahn. Its mission is to become the go-to marketplace for all major European rail operators. Capitaine Train raised $1.8 million from the same investors in Feburary 2012 to build out the technology. Capitaine Train was founded in 2009 and is based in Paris.

Y-Combinator startup Filepicker.io has rebranded as Ink and announced the close of its $1.8 million seed round. The “file system as a service” startup went through YC’s Summer 2012 class. It builds tools to make it easier for developers to integrate access to cloud services within their apps on the web, iOS, and Android so they can share content stored in different places. Andreessen Horowitz and Highland Capital Partners led this round. Filepicker is based in Palo Alto, Calif. Read the full story on VentureBeat.

Imagine you’re Bruce Dickinson, the vocally powerful monster showman of heavy metal band Iron Maiden. You’re a legend and a god, but you need new ways to reach your concert-going fans at the show. You might consider using something like ProxToMe to send out a flurry of preshow band pics right before you go onstage to get people really whipped into a frenzy and totally ruin the opening act’s set. The company received $700,000 in seed funding today. It was founded in the U.S. Its development team is based in Italy, and the head of business development in San Francisco. Read the full story on VentureBeat.

QWave, a $100 million fund for early stage private companies working on physics and materials-science-based technologies, announced its first round of investments today. That round includes Estonia-based semiconductor startup Clifton and Indiana-based nano-sized optical chip startup Nano-Meta Technologies, Inc. The QWave fund’s purpose is to help science-based startups capitalize on opportunities as well as provide a platform for investors to participate in the “next wave” of scientific tech. Read the full press release here.