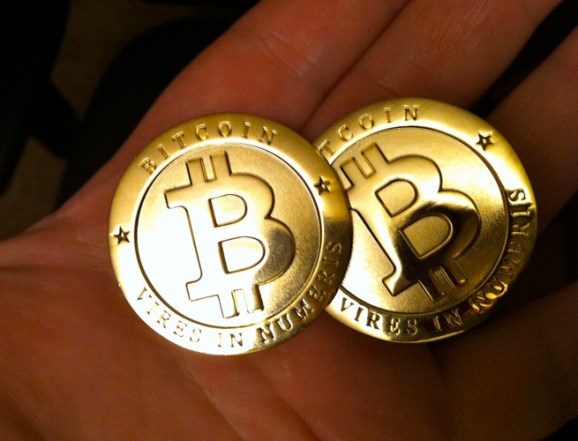 Bitcoin’s roller coaster ride over the past few months has been well documented.  We watched Bitcoin’s meteoric rise in value from $33 at the end of February (then an all-time high) to a peak of nearly $266 on April 10, followed by the crash of as much as 70 percent.

But Bitcoin prices are not the story.  The opportunities that Bitcoin creates and the new virtual algorithmic currency companies are the true story.

Bitcoin is maturing quickly and has the ingredients for success

At the recent Bitcoin Conference, which attracted over 1500 people on a weekend in San Jose, it struck me how quickly the ecosystem has matured and how this is not some libertarian or hacker movement.  This is a sophisticated financial technology that has the potential to dramatically change the way we think about currency, remittance, fraud, and transactions.  I came away even more bullish than when I arrived.

Paypal was transformational, but Bitcoin could be revolutionary

When PayPal came out, it was the biggest challenge to the existing system, and it succeeded in creating an alternate platform for transactions that co-exists with the existing credit card infrastructure.  Allowing people to transfer money via email was a huge innovation, and one that will continue to be very important but the platform still has friction in account setup and identity verification.

While PayPal created signup incentives in its early days ($10 balance for new accounts and a $10 referral fee), Bitcoin is being adopted quickly on its own and has the potential to go further and fundamentally change the payment infrastructure that we use today.

This is a huge deal and could make companies like MasterCard and Visa obsolete. The systems we use today for transaction processing are old.  Really old.  These systems have evolved from original POS systems based on cash registers, and then machines for credit card swipes.

NFC and other mobile payment solutions are the next generation of the front end, but they don’t change the underlying infrastructure. Most new payment companies, even the most innovative, tie into existing infrastructure because they have to; everyone — customers, merchants, banks — are using those systems.

Bitcoin as a global transaction platform

The Bitcoin approach has huge ramifications for an industry where nearly 40 percent of resources are dedicated to fraud detection and prevention.  In a typical credit card transaction, there are multiple players that touch each transaction and they essentially all act as insurance against fraud, focused mostly on proving identity and verification.

The issuing bank represents the cardholder; the acquiring bank, the merchant; and the credit card companies broker the transactions and ensure funds are transferred and held appropriately.  That doesn’t mention the third-party payment service providers, fraud analytics companies, or shopping cart providers who may also be involved.

When Visa and Mastercard built their networks, they never imagined a global e-commerce system.  PayPal is different, but the work done to verify accounts up front and the resources dedicated to fraud at PayPal are substantial.  And I’m not even talking about fee structures and the advantages Bitcoin has there.

Bitcoin is different because it is starting at the core.  With Bitcoin, the system has been re-imagined starting with the fact that each transaction is publicly logged and acknowledged, so the transaction can be verified against fraud.  The coins exist and are verified to be transferred.  Still, the transactions are anonymous, and authentication to each account is not the responsibility of the system.

If regulators, institutions, or individuals request or require identity verification, the initiating institution can authenticate and validate. This is akin to your bank verifying that you own your account before sending a transaction.  Much of the work done in today’s systems involves establishing trust between parties, verifying identity, and ensuring the money flows appropriately.  With Bitcoin, trust can be established on entry and exit, but is not required, and the transaction is verified as part of the system itself.  This is powerful in its simplicity.

Many people think first about Bitcoin as an unregulated currency.  I think about it as a global interchange where each transaction is transparent, verified, and frictionless.  It can fundamentally change the systems we use for transactions, and that opportunity is immense.