Clinkle is setting out to fundamentally change commerce.

Today the startup peeked out of stealth mode long enough to reveal that it has raised a whopping $25 million seed round from some of the most well-known investors out there, including Andressen Horowitz, Peter Thiel, Diane Greene, Jim Breyer, Marc Benioff, Owen Van Natta, Ross Perot JR., Peter Crisp, and  Stanford professors.

Clinkle is building a mobile payments platform that could ultimately replace physical wallets. That is the big vision — to create a transactional network of merchants and consumers that is so strong, you could walk around without a wallet for a week and still be able to buy everything you need.

“Over the course of the past 20 years, we’ve seen the Internet change industry after industry, but one area that hasn’t really changed is how we transact,” said founder Lucas Duplan in an interview with VentureBeat. “We still pay for things the same way we did 50 years ago and no-one has come close to being a serious contender. Our goal is to completely modernize the way people pay for things.” 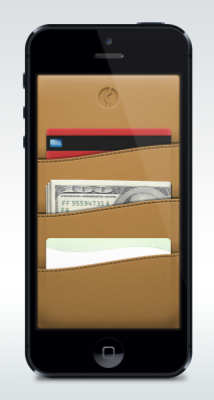 Duplan was vague about the product itself, but said Clinkle is built on a “technological breakthrough” that overcomes the challenges other digital wallets have faced. Companies like PayPal, Google, Square, and Mastercard offer digital wallets, but people don’t use them. A recent study by Comscore found that only 51 percent of U.S. consumers are even aware of digital payment providers and just 12 percent of people actually use them. The main hurdle is building critical mass on both sides of the marketplace — merchants don’t want to accept a new payment platform if there are no consumers using it, and consumers won’t download a new payment platform if no merchants accept it. This impasse has prevented large and small companies alike from gaining any serious traction.

Other challenges include the ability to scale quickly, without requiring hardware or tricky substitutions/integrations with existing point-of-sale (POS) systems. Duplan said Clinkle can be up and running in minutes and adds value for everyone involved.

“To do this right, you have to create a product that is an order of magnitude better than a status quo for both merchants and consumers,” he said. “The new value proposition is not just that you don’t need to carry around your wallet.  Clinkle is not just an incremental improvement upon what currently exists — it fundamentally surpasses what we’ve been able to accomplish. We have though deeply and thoughtfully about the transaction, but also about what happens before and after, and the interactions between buyers and sellers. We are doing this in a very different way than has been done before.”

Clinkle has quietly been testing the product at Stanford, where Duplan was a student. He got the idea while studying abroad and began building the product in 2011. The team is now more than fifty people strong. Clinkle  caused an exodus of sorts earlier this year, when it lured more than a dozen students away from Stanford’s computer science program to be a part of the Next Big Startup. Clinkle will continue rolling out to college campuses nationwide over the course of the year. There are roughly 20 million students in the U.S. and over 70 percent of these students use smartphones. Duplan said he wanted to start distribution by introducing Clinkle into communities (like colleges) where people tend to stay in one place.

“We have a very strategic and practical go-to-market strategy,” he said. “Facebook started off with really close, tightly-knit, contained groups and once you start to connect them,  you can upscale from there.”

Clinkle isn’t just trying to replace payments, it is also trying to improve them. There is so much consumer data out there that is mostly separated from the actual method of payments. Duplan said that there is still an “entire world of possibility” that is untapped. Loyalty programs and marketing campaigns would be far more successful if they were part and parcel of the payments process, and he hinted at features that allow users to earn some sort of rewards, as well as a social component that enables commerce between friends.

All of this sounds good, but it was a demo — rather than a pitchdeck —  that attracted funding of this amount from investors of this caliber. A $25 million seed round is unprecedented and surprising. Duplan said when the investors saw the product in action, they believed it could truly change commerce and opened their checkbooks accordingly, although he was evasive about the specific details of the financing.

“It is important to put this in perspective,” he said. “When you think about it, every human being has to pay every single day. We take what we are doing really seriously and want to make sure that we saw through all of the issues to provide the best possible experience for the users. We are not just developing the app. We are addressing fraud and compliance issues, and want to make sure we have a deep bench of people invested in helping the company.  You wouldn’t want the company handling your value to be built with anything but the highest quality craftsmanship.”

Clinkle is currently based in Palo Alto but is moving to San Francisco tomorrow.