Yesterday, Silicon Valley won a small but important victory. The United States Senate approved major changes to the existing immigration laws, including introducing a new path to citizenship for those already in the country illegally.

The bill passed 68 to 32 and now heads to the House. But the bill may get held up there.

Immigration reform is an issue that has captured the attention of Silicon Valley’s executives. Tech influencers like Mark Zuckerberg and Marissa Mayer formed a public advocacy group called FWD.us to push for a “startup visa” for foreign-born entrepreneurs. They are also hoping for an increase in the number of highly-skilled immigrants allowed into the country, which would make it easier for them to hire engineers and programmers from abroad.

Silicon Valley has rarely rallied around a political issue in such an organized way. But this cause makes a lot of sense: The tech companies residing in the area, including Facebook, Google, and Apple, rely on foreign-born designers, developers, and other talented folk to keep up the pace of innovation.

But immigration reform isn’t just an issue that affects corporations. It’s really about the people and their families that are struggling to remain in the U.S. and who are victims of an outdated system.

Bay Area-based Engine Advocacy recently launched a campaign to mobilize the local community. Dubbed Keep Us Here, the new website features a “Startup Speak” series, through which foreign founders can express their personal stories. Visitors to the site are asked to put pressure on Congress to pass comprehensive reform.

The campaign has amassed a diverse coalition of interest groups and tech companies as its supporters, including Silicon Valley Bank, National Immigration Forum, AOL founder Steve Case’s Revolution, March for Innovation and more.

Check out some of the most compelling stories from the Keep Us Here campaign: 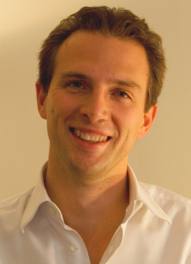 I am a French-born entrepreneur in America. After studying for my Ph.D. at Cambridge in the U.K., I came to the United States to attend Stanford’s Graduate School of Business, where I certainly benefited from the best education this country has to offer. But when I graduated and wanted to start a business of my own, I faced an additional challenge as a result of my nationality.

My company, Morpheus Medical, has created the first cardiac diagnostic tool that provides 3D interactivity, flow, and pressure inside the heart. Heart-related diseases account for more than a third of all U.S. deaths, and in 2010, the total cost was estimated at around $444 billion. But because I am not American, I faced deportation and could have lost my chance to build this life-saving company.

Founding a business is already a very challenging and chaotic process. When finding partners, investors, and customers is just the beginning, immigration battles present another, totally unnecessary, hurdle. The survival of this company came down to one person in one office in California who thankfully put a stamp on my O1 application.

This is not how the system should work.

No company, community, or country can survive without talent. So we should be helping brilliant innovators who want to build companies that will change lives, here in America. Now is the chance to act. We need an immigration system that supports the American innovation economy, and this bipartisan Senate bill needs our support. Vist KeepUsHere.org to write to, tweet at, and call your Senators. Tell them to pass this bill and keep us here.
[vimeo 64407270 w=400 h=300] 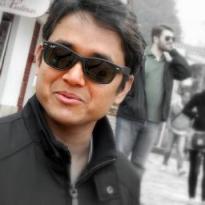 I started Mentii, an online mentoring platform, simultaneously in New York, New York, and Bangalore, India. We did this in order to benefit from the capital, talent, and market across two startup hub cities.

As a business cofounder, it was essential for me to be on the U.S. side of the business, but fast forward a year, and I’m now working from India.

The whole visa process was an expensive distraction, especially during the early months when we needed to devote all our resources to finding and proving the market. Almost 40 percent of our monthly expenses went in taxes required to maintain the visa. When I received a protracted Request For Evidence for my visa application (RFE), responding to it would have resulted in further legal expenses on, and I had no choice but to withdraw my application.

A dedicated visa for startup founders might have changed the outcome of my story. Without it, all I could do was a system hack — and I could do it because I was already here, working on an H-1B visa.

I’m ready for an immigration system that works for America as part of our global economy. Without one, innovators and businesses will find somewhere else to grow and hire — by choice. Visit KeepUsHere.org to write to, tweet at, and call your Senators. (Ed.: Now that the immigration reform bill has passed the Senate, you may want to focus on your U.S. Representative instead.) Tell them to keep us here and pass bipartisan comprehensive immigration reform.
[vimeo 65756359 w=400 h=300]

I grew up in Austria and came to the United States to work for Facebook. It was such a life-changing opportunity, and luckily I was granted with a work visa in just three short months. When I started my own company, however, I quickly realized that immigration was actually an incredibly complicated and time-consuming problem for startups with limited resources.

Silicon Valley — the people, the expertise, the energy — was and is such an inspiration for me. This environment is why I wanted to put my stake in the ground. And it’s been amazing to see all the positive reactions to my new venture — Changemakrs — from users, investors, and the media.

I found incredibly talented co-founders devoted to making sure our users have the best experience possible, and focused on growing the business here in America. Unfortunately, I’m spending almost a third of my time on immigration issues. Not to mention the money I’m paying my lawyer.

I’m here, I’m building a business, and I’m hiring Americans, but I could do so much more with a little help from Congress. Please, I don’t want to have to hire a lawyer to join the team! We need to fix what’s broken, keep talent and job creators in America, and once again become the most desired place to start a business in this global economy. Vist KeepUsHere.org to write to, tweet at, and call your Senators. Tell them to keep jobs here and pass bipartisan comprehensive immigration reform.
[vimeo 64678592 w=400 h=300]

I’ve been in the United States for over fifteen years, working for startups and helping to build the ecosystem here, but I have never been granted permanent residence. Originally from Canada, I have a masters from NYU, and now I’m working for Changemakrs in the heart of San Francisco’s SoMa startup hub.

One of my earliest jobs here in Silicon Valley was as the first employee of Xoom — now a public company that employs hundreds of Americans. Working on a succession of projects thereafter, I feel like I have contributed a lot of my working life to this vibrant innovation community. And that’s what’s so frustrating about my continued immigration struggles.

While it’s fairly easy for me to get a working visa through a number of useful programs, none of the immigration statuses I’ve been afforded have added to my ability to stay here long-term. In other words, for fifteen years, I have only been granted a succession of temporary visas. I’d love to have the option of starting my own company, but right now that’s just not possible. I have the talent and the experience, I’ve paid my taxes, and I’ve helped to build the economy, but I still feel less than entitled to full membership of this community — not to mention at times less than welcome at the border!

In looking for a permanent status, I’m really excited about the merit-based green cards and the STEM visa provisions in the Senate immigration bill. But equally important, for my future, and for America’s future as a center of innovation, is the INVEST visa that explicitly allows someone to come here and start their own business.

Silicon Valley is globally unique in its concentration of talent and capital. I want this community to reach its full potential, so I’ll be calling my Senator on June 18, as well as taking advatnage of the other tools on KeepUsHere.org to make sure Congress knows that the majority of Americans support comprehensive immigration reform.
[vimeo 64357734 w=400 h=300]

GoodApril is changing the way Americans plans for and file their income taxes. To execute a project like this, I wanted the best possible team around me. Cutting to the crux of this story, current immigration policy meant that I was unable to work in the long-term with the most talented engineer I’ve ever met.

Unable to hire my top-choice engineer, I lost the talent and knowledge I needed, but also the benefits of working with someone who knew what it would take, and still had the nerve to take the risks associated with starting a company. As a result, it set us back. It simply took us longer to build our first product and to raise the funding to hire the people we needed.

And from the perspective of my would-be co-founder, with a soon-to-expire H1-B visa, and a stalled green card application he’s tied to a job he doesn’t necessarily want to do, with no freedom to pursue other opportunities.

Since I believe we should be rewarding risk taking individuals, who create jobs, add value to the economy, and help America keep a step ahead of the rest of the world, I’m pleased to see so many positive proposals in the Senate immigration bill. The INVEST visa would have changed the outcome for the engineer I was working with, and new merit-based green cards and STEM visas will help me add value to my team, so I can add value to American taxpayers, and eventually the economy as a whole.

The current immigration system, with no visas for startups, and caps on existing visa classes for high-skilled workers, is harming entrepreneurs, would-be employees, and the American ability to build successful businesses and innovate at capacity. Comprehensive immigration reform will build a system that works, and can scale, so I’ll be writing to, Tweeting at, and calling my Senator through KeepUsHere.org — anything to push the bill forward and make real change a reality.
[vimeo 63292350 w=400 h=300]