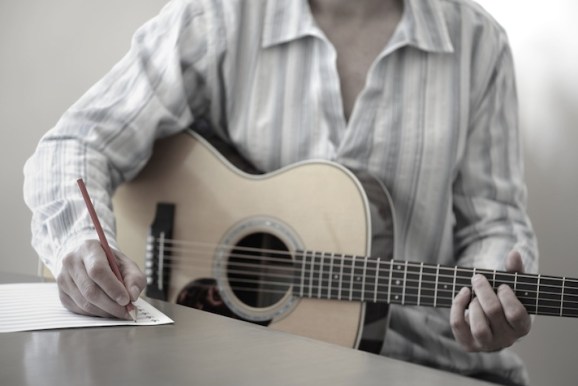 David Lowery is an independent musician, songwriter, and creator of music blog The Trichordist.

In an effort to increase awareness about the business side of being a songwriter I recently posted my BMI royalty statements on my blog, The Trichordist. The purpose of this was to show just how little songwriters are paid from streaming services like Pandora.

You often here about the payouts to performers from these services but you rarely hear about the very, very small amounts the songwriters are paid. Songs are the fundamental building blocks of the music business. Without songwriters there is no music business. If the music business is moving towards a streaming model it is imperative that we get payments to songwriters right. Admittedly the general public, and even many journalists, are confused about this distinction between songwriter and performer often assuming they are the same. They are often not the same. Generally the songwriter does not tour, sell t-shirts or have endorsement deals with Coca-Cola. Songwriter royalties are their only source of revenue.

Well, Pandora didn’t like my post, which went wildly viral over the next few days. Later the company issued a highly misleading response to little ol’ me that insinuated I was lying about the total amount I was paid as a songwriter. Either Pandora disregarded parts of my explanation, or it’s using some sort of distorted Silicon Valley math.

As I previously explained, my song “Low” was played 1,159,000 times on Pandora during Q4 2012, which netted me $16.89 as one of three a songwriters who wrote the track. That amount also factors in 12.5 percent adminstrative fee taken by the songwriters collective (BMI) to which I belong.

Still with me? Good!

So as one of three songwriters, my share of the royalties from “Low” was 40 percent. Royalties for all the songwriters combined was $42.23. I have since verified this figure by looking at the other two songwriters statements, but any 7th grade algebra student can easily verify this using the equation below.

But back to Pandora’s response to my blog post: “Mr. Lowery’s calculations grossly understate Pandora’s payments to songwriters. In truth, Pandora paid many times more in songwriter royalties to play the song referenced in his article.”

Unless Pandora has access to some top secret Silicon Valley/NSA math in which $16.89/0.4 = $1,000,000 then I clearly did not “grossly understate” their payment to the songwriters of the song “Low.”

If Pandora, as it claims, would like to have an honest dialogue with songwriters and performers I would suggest they begin by showing they aren’t gonna fight dirty and retract or clarify this highly misleading statement they made about my original blog post.

David Lowery is an independent musician, songwriter, and creator of music blog The Trichordist.