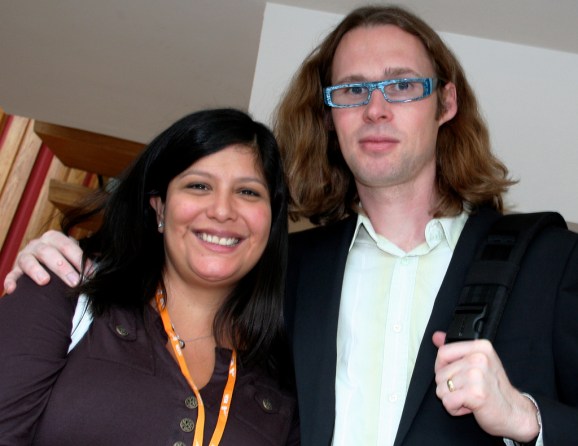 Michael Birch is buying back Bebo for the rock-bottom price of $1 million in yet another attempt to turn it into a product people use.

AOL bought social network Bebo in 2008 for $850 million in cash. AOL was trying hard to “buy and merge its way into relevancy” and saw Bebo as an opportunity to enter the hot social networking space and turn its business around. At the time, AOL was laying off thousands of employees as it tried to refocus. Bebo was meant to be “the cornerstone” of AOL’s online strategy. Despite the fact that it was a second-tier social network falling far behind Facebook and Myspace, Bebo still had a respectable 40 million total users and 22 million uniquely monthly visitors as well as strong security features and a functional developer platform for third-party applications.

But the acquisition turned out to be a total disaster. Bebo did not live up to its price, and the business was declining. AOL sold it to digital media investors Criterion Capital Partners in 2010 for a reported $10 million. Selling the property, rather than shutting it down, allowed AOL to write off the loss against other capital gains.

Birch then rejoined Bebo as an investor and advisor in late 2010 by purchasing a significant stake in the company. Kevin Bachus, an early member of Bebo’s Microsoft Xbox team, came onboard as chief product officer, and Bebo was reportedly receiving between 10 million to 12 million unique visitors a month and doubled its mobile traffic to 1.6 billion page views per month.

Bebo never gained any real traction, occasionally popping up with announcements of updates and partnerships. It continued to be deadweight, and in April 2012, the minority shareholders (including Michael and his wife, Xochi Birch) filed a $5 million suit against Criterion for “destroying the site ” (because before then, it was doing so great). Then in May, TechCrunch reported that Bebo filed for a Voluntary Chapter 11 Bankruptcy Petition.

Meanwhile, the Birches founded and funded Monkey Inferno, a “personal incubator” for coming up with “cool Internet projects.” The office touts a complete bar, iPad-controlled entertainment system, massage room, Ping Pong table, and a private chef. The first product to emerge from Monkey Inferno is a mobile application called Beer Hunt, which recently won a Demo God award at Demo Mobile. Beer Hunt is a social application that turns trying new beers into a game.

The Birchs have also been busy putting their money to use with The Battery, a private social club in San Francisco that is designed “to engage and stimulate forward-thinking minds.” According to AllThingsD, The Battery is slated to open at the end of this summer and will feature a restaurant, gym, 20-person hot tub, game room, wine cellar, five bars, and, of course, a koi pond. The property cost $13.5 million in 2009 and Birch said that future features include “a chandelier of taxidermic seagulls in full flight” and a “23,000-pound suspended steel staircase.”

Considering all these high-flying lifestyle expenses, shelling out a piddling $1 million for Bebo (which was the source of this wealth to begin with) seems like quite a bargain. At less than one-tenth of 1 percent of the sale price, I’d even call it a steal.

Birch asked in a tweet, “Can we actually reinvent it? Who knows, but it will be fun trying… .” Chances are AOL isn’t feeling quite as lighthearted.

Birch has not yet responded to a request for comment.