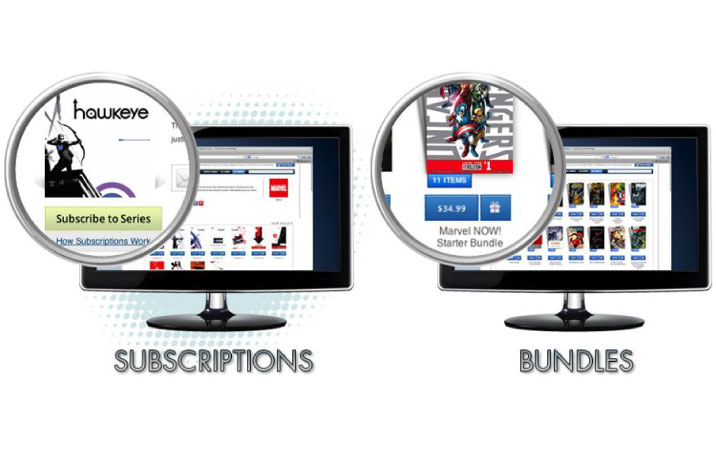 Digital comic book startup ComiXology is now offering its customers the ability to subscribe to monthly and bi-weekly comic series through its website, the company announced today.

With subscriptions, customers will have their credit cards charged every time a new issue of a particular comic series goes on sale. But those sales are routed through ComiXology’s website — not Apple’s Apple Store or Google Play. That means the company won’t have to pay the 30 percent commission fee for anything sold on either of those two platforms. And since ComiXology is consistently among the highest grossing iPad apps, this is definitely a big deal in terms of their business.

The subscribed comics purchased on the website will appear across all of ComiXology’s apps, which customers will then need to download to read. You can manage those subscriptions from the website, deleting or adding more based on your financial situation or interest in the comic series.

This also has the added advantage of lessening the blow back from customers when Apple decides one of the comic for sale in ComiXology’s store goes against its own policies, which has happened a handful of times in the past. The most recent instance was back in May, when the company had to remove a handful of comics due to sexual or satanic content. 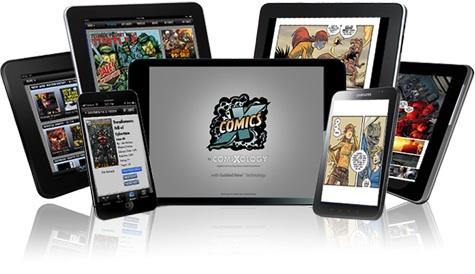 While the new subscriptions don’t offer any kind of discount on the books you purchase, the company is also offering new bundles of different comics that will be.

In addition to the subscriptions and bundles, the company has been quite busy sprucing up other parts of its business and comic reader service. Earlier this year it announced plans to add content from other countries across Europe, and even set up a new international office in France. More recently, the company rolled out new reader enhancements like being able to automatically fit comic pages to a device’s orientation and a new two-page view.

(Note:  If you’re curious about how to scale mobile experiences across multiple platforms like ComiXology is doing, check out VentureBeat’s MobileBeat 2013 conference July 9-10. )