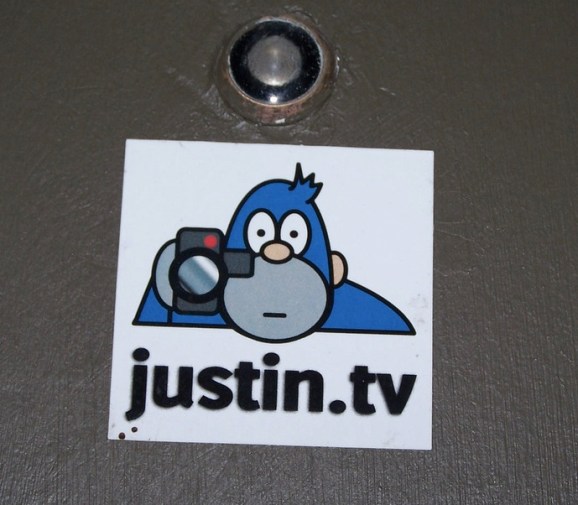 Justin.tv has raised $8.3 million of an intended $20 million funding round.

Justin.tv is a hot startup that offers live-streamed video services. It was one of the first live streaming platforms and continues to be one of the most popular — viewers watch more than 300 million livestreams per month, and it receives more than 40 million unique users per month. It is the second video property for “minutes per viewer” behind Netflix, according to Comscore.

An SEC published issued today revealed that the startup is raising a $20 million round of funding, with $8.3 million already in. Existing investors Stewart Alsop of Alsop Louie Partners and Ethan Kurzweil of Bessemer Venture Partners are listed on the form as well as Chris Paik of Thrive Capital.

Justin.tv was founded in 2007 by Justin Kan, Emmet Shear, Michael Seibel, and Kyle Vogt. At the time it was a constant live video feed of Kan’s life broadcast via a webcam attached to his head. This project attracted a lot of media attention and evolved into a live video platform where anyone could create and share live videos. Justin.tv went through Y Combinator in 2007, which was Kan’s second time through the elite accelerator program.

The platform has grown over time and now features subject-specific channels like animals, entertainment, science and technology, news and events, and sports. Traffic to the competitive gaming channel skyrocketed, and the founders spun it off as a separate network called Twitch.tv in 2011. Twitch receives more than 34 million visitors per month and has signed hundreds of competitive gamers into its revenue-sharing partner program, which gives gamers with a large following a way to make money off their video streams.

Justin.tv had another viral success with Socialcam. The startup launched the mobile video app in 2011 to make it easier to upload and share videos from your phone. It was apparently downloaded more than 50,000 times in its first few days alone. It became the most popular application on Facebook with 54.7 million monthly active users within 18 months was acquired by software company Autodesk for $60 million.

Online video is exploding right now. In 2010, video comprised a majority of costumer Internet traffic for the first time, making up 53 percent of all uploads and downloads. Cisco predicted in its Visual Networking Index that video traffic would more than quadruple by 2015 and the Internet will be two-thirds made up of video. Services like Justin.tv, Twitch.tv, Socialcam, and competitor Viddy generate significant amounts of traffic, not to mention Google’s YouTube,  Instagram’s new video product, and Twitter’s Vine. Online and mobile video is a hot space and the time seems ripe to invest in it.

Justin.tv is based in San Francisco and has according to SEC filings has raised $24 million to date.  Kan recently went through Y Combinator a third time for his location-based errand service Exec.