MONTREAL — What if you could take Flipboard, Pulse, or Google Now and platformize it?

“The world is bigger than Google now,” co-founder Brandon Chatreau told me this morning. “And it’s more open.” 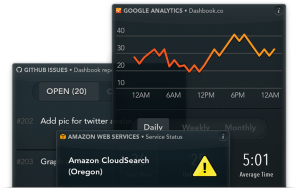 The premise behind apps like Flipboard and Pulse is aggregation of all the information you care about from social sites and media, and presentation in a beautiful, integrated app. Google Now takes a similar concept — bringing key information together — and takes a more task and local-oriented tack, bring you weather, appointments, news, and traffic information.

The focus of Dashbook is to allow developers to build similar experiences, customized to their company, their interests, their projects — their anything — very, very quickly.

Dashbook calls these mini-apps “dashes.” Mix and match them to your personal tastes, and you’ve got a personalized dashboard of everything that matters: media, social, work, and more.

“Our platform allows us to tap into any piece of connected data and display it easily across any device,” Chatreau says. “We remove the cognitive overhead to access it by laying everything out on one screen.”

For example, just last week Dashbook was given an API key to General Motor’s remote API. Now you can tell how much fuel is in your tank, how fast your kid is driving your car right now, or how many kilometers to your next oil change, all from your smartphone. And the Dashbook team built a dash for Shopify, which would allow Shopify’s 60,000 merchants access key metrics for their online store — sales, visits, and more — along with everything else that matters to them.

The team also built an iPhone app, but that’s just a proof of concept.

“We’re targeting developers, with built-in dashes for Google Analytics and New Relic,” Chatreau told me. “And the platform is totally open … developers can build anything they want on it.” 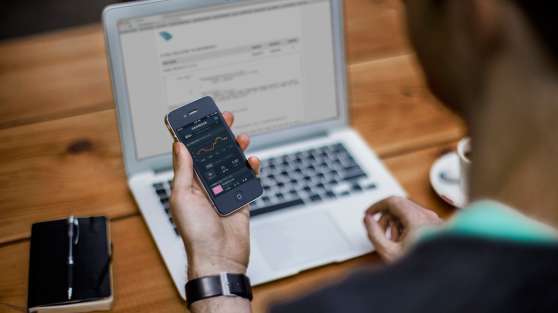 The team is so young mainly because the company didn’t exist more than a few months ago. The cofounders originally had a mobile development company, but based on an idea they had, decided to enter a startup competition at Startup Week in Montreal in February — about 50 hours before it started.

Shockingly, they came in a very close second, and then were approached by FounderFuel to enter the spring 2013 cohort. They accepted, built their platform, launched their demo app last week, and saw the number of dashes available grow from 9 to 70 in four days as developers have started discovering the platform.

“It’s been insanely interesting, so intense,” Chatreau says. “I’ve grown more in the last three months than in the year leading up to FounderFuel. It’s insane.”

The team is demoing tonight in Montréal, has a $50,000 investment from FounderFuel, and will likely also get a $150,00o convertible note from the Business Development Bank of Canada.