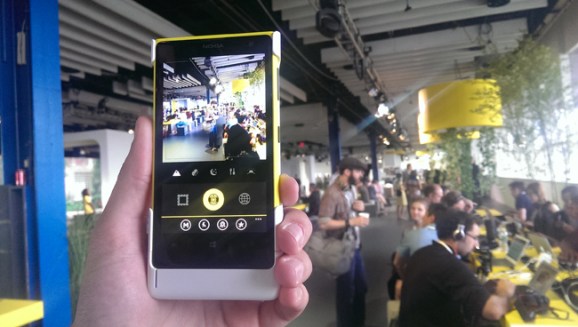 Along with the debut of the high-end Nokia 1020 Windows Phone (with a freaking 41-megapixel camera) today, it was also announced that some big apps will soon hit Windows Phone 8 including Vine and Path.

The Windows Phone 8 marketplace has about 160,000 apps, which is nothing compared the more than 700,000 apps in both Apple and Google’s app stores. But Microsoft has been focusing on adding quality apps rather than on quantity. Just a few weeks ago, it added ABC News, Xfinity TV, Voxer, Walgreens, and MarketWatch to WP8.

Today brings even bigger names. Vine, the popular Twitter-owned video-sharing service that is now fighting head-to-head with Instagram video, is the most impressive name here. Vine debuted on the iPhone in January and added Android and Kindle Fire support in June.

The “private social network” Path is another big name coming to Windows Phone 8. Path says it worked with Nokia on making the app work especially well with the new Lumia 1020 smartphone and that it has been wanting to build for WP8 for a while.

“This is a platform that we are especially excited to build on because it has been one of the most requested platforms by our users from all corners of the globe,” Path wrote in a blog post today.

Other apps coming are social news reading app Flipboard and photo-sharing-with-filters app Hipstamatic. The Hipstamatic app will be an exclusive for Nokia 1020.

Notably, Windows Phone 8 is still missing an official Instagram app, but I bet Microsoft is working hard to make that happen just like it did on getting a Facebook app for Windows 8 made.

While the release dates for these new apps aren’t explicit, Nokia says all of them will be available “soon” for Windows Phone 8.