Updated 9:40 Pacific: Apple confirms that it is not the source of these videos. The story has been updated to reflect this fact.

Someone at Apple is probably steaming mad right now.

The notoriously-secretive company does not allow journalists into developer sessions at WWDC. But someone posted full versions of over one hundred World Wide Developer Conference videos on YouTube, including sessions on best mobile user interface practices, integrating maps, and in-app purchases.

Get an in-depth look at what’s next in iOS and OS X, and learn how to take your apps to the next level. With over 100 sessions, extensive hands–on labs, and engaging events, you’ll connect with Apple engineers and fellow developers for an incredible week of inspiration.

WWDC’s pricy $1,600 tickets, you might remember, sold out in two short minutes.

These videos were not posted by Apple, according to a spokesperson we talked with this morning. The videos will likely be coming down soon, he added.

Google, which is famously open, actually live-streamed much of its developer conference, Google I/O, and made developer sessions available on its YouTube channel within days. Apple hasn’t quite made it there yet, although the keynote was livestreamed.

These videos may not come from Apple, but this is something the company badly needs to do. 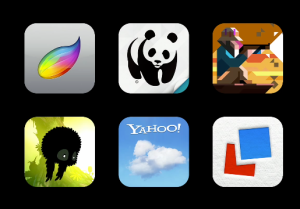 Apple developers are contractually bound not to reveal details about Apple’s coming plans or technologies that they learn about at WWDC, not from disclosing screen captures or information about upcoming Mac and iPhone operating systems they learn by having early access to the platforms.

The YouTube account is simply labeled ‘WWDCVideos,” and the account info doesn’t specifically mention Apple. But the fact that over 100 videos were uploaded with perfect 1080P quality and seemingly all at the same time (about six days ago), plus the fact that they have not been pulled from YouTube for copyright violation, made them seem unusually legitimate.