Demand for drones is exploding, and not to hunt down suspected terrorists, says the founder of a new social site built to share and organize pictures taken from aerial drones.

We might be more familiar with drones in the news that are shooting missiles at suspected terrorists, monitoring speed limits on California highways, or helping mounties save their man. But relatively cheap commercial drones like the DraganFlyer and  consumer versions like the Parrot AR quadricopter are increasingly prevalent.

And people like taking pictures from high up — like the shot from a DJI Phantom drone off the Gold Coast of Australia that headlines this post. 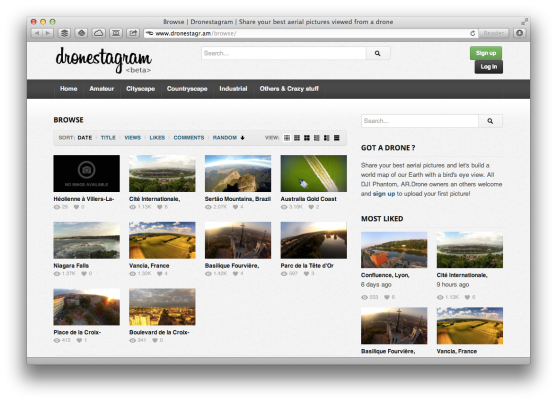 “Drones are becoming more and more important in our lives, the civilian drone market is really exploding,” Eric Dupin, founder and CEO of Dronestagr.am told VentureBeat. “We thought it was a good idea to build a platform where every “dronist” could upload and share their best aerial pictures (and later, videos) [and] build a huge community and a solid database of aerial shots.”

The site is pretty much like the Instagram its name references: a place to share pictures that people can view, like, and comment on. The really interesting part, however, is what Dupin is referencing when he mentions a database of aerial shots. 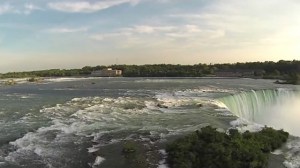 Much as Google has made it a priority to capture quality photography of every square inch of the planet via the geolocation-oriented photo-sharing site Panoramio it acquired in 2007, Dupin wants to aggregate aerial imagery from around the globle at Dronestagr.am.

“Share your best aerial pictures and let’s build a world map of our Earth with a bird’s eye view,” he urges potential contributors.

The company is bootstrapped, having raised zero capital to date, and has three employees. It has also obviously just launched and does not have a huge amount of content yet.

However, it’s interesting, and Dupin has big plans. Seeing that he’s also the founder and Chief Editor of Presse-citron, a French tech blog, he also has the ability to plug his new startup.

[Editor’s note: We heard about an interesting drone project earlier today in a guest post from Steve Blank.]