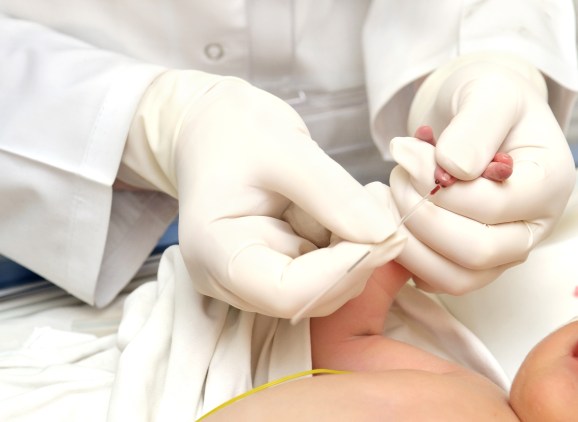 Medical technology startup SynapDx has earned the support of venture capitalists and geneticists alike, raising $15.4 million to develop a blood test for autism.

The Massachusetts-based research team behind SynapDx hopes to test children for a spectrum of autism disorders at much younger age, potentially before they even exhibit symptoms. According to the company’s website, children as young as 19 months will be diagnosed, rather than today’s average of 4.5 years.

The funding will be used to further research to identify the genetic mutations that cause autism. SynapDx’s scientists and data analysts are currently studying the molecular blueprint of children who have already been clinically diagnosed with the disease. More on the research here.

SynapDx CEO Stan Lapidus said the capital will also be used to commercialize the scientific research and make it available to the public.

Google Ventures, which has stepped up its investment in genetics and digital health, led the funding round. The firm has a team of doctors on its team to evaluate health care investment opportunities, a rare move for a VC firm.

“The best diagnostic tests of our era will be developed at the nexus of advanced genomics and cutting edge informatics,” said Andy Conrad, a partner at Google Ventures, who will sit on SynapDx’s board. Conrad is a former Chief Scientist at lab screening firm Labcorp and a board member of advocacy organization Autism Speaks.

Fellow Google Ventures’ partner Krishna Yeshwant, who is also a physician and programmer, was involved with the investment. In a statement, he said he was impressed by SynapDx’s use of “advanced technologies” to “develop the most informative blood test possible.”