What’s the next innovation in health IT? According to Boston-based entrepreneur Zoe Barry, it’s about time we made easier to pick up a prescription at the pharmacy.

Barry today launched a mobile app and digital prescription service, dubbed ZappRX. If the service takes off, patients may be able to bypass checkout lines at pharmacies. All they will need to do is show the ZappRX app to a pharmacist and immediately pickup their medication.

Barry said she was inspired by the “mobile boarding pass” experience at airports, and she envisions that pharmacies will operate in a similar way.

The app is still in beta and undergoing testing in New York by two doctors at the New York-Presbyterian and Weill Cornell Medical Center and the independent Zitomer Pharmacy.

When it launches in the coming months, patients should be able to download the app, add payment and health insurance information, and introduce the ZappRX system to their doctor.

Doctors can then use the ZappRX app to create a digital prescription and securely send it to a patient. They can also notify the nearest pharmacy so that its staff can begin processing the order. 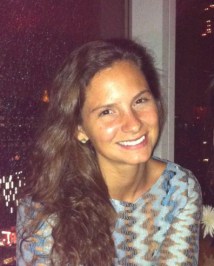 “We combine all the information that is necessary to checkout a prescription at the pharmacy — so you can just grab medication and get back to life,” said Barry.

The app also lets patients or family-members set smartphone alerts to take medication — and it notifies the doctor when the order has been fulfilled.

In our interview, Barry said she hit on the idea for the app when working at Boston-based electronic health record giant Athena Health. She conducted some research on macrotrends in health care and concluded that the drug prescription and pickup system is broken.

I point out that seniors could most benefit from this service, but they aren’t typically glued to a smartphone. Barry disagrees; she said she’s been surprised the proportion of elderly patients that have purchased iPhones, a trend that is set to continue.

The app is broadly targeted at anyone who takes medication but is tired of lines and frequent payment issues (some small pharmacies won’t accept credit cards). By digitizing the process, the app also reduces the risk of human error. Each year, thousands of patients in the U.S. unknowingly take the wrong medication or dose.

Barry interviewed doctors in her network about her idea for a digital prescription service and received resounding support. In 2012, she raised $160,000 in financing from friends and family to hire a small team to build the app.

In the future, ZappRX may make money by selling data about medication and the patient experience (she stresses that it will be stripped off personally identifiable information and will not breach patient privacy). But for now, the primary focus is marketing, user experience testing, and ultimately getting ZappRX in the hands of doctors and patients.