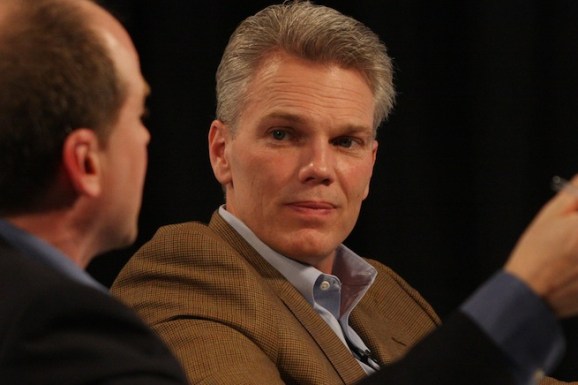 Small businesses don’t typically boast a sizable marketing budget. It can be a constant struggle to keep customers loyal, especially when a megachain pops up down the street.

A new campaign kicked off today to give small businesses a major marketing boost. One small firm will receive a chance to appeal to shoppers at America’s most coveted advertising stage: the Super Bowl. Last year, some 30-second slots sold for $4 million each.

The contest is the brainchild of Intuit, a SIlicon Valley company that provides accounting and financial tools for businesses. Intuit is best known for its TurboTax, Quickbooks, and Mint.com software, and it counts 5 million small businesses among its customers.

Small businesses, which must have 50 or fewer employees, can apply online at SmallBusinessBigGame.com. It’s not just mom and pop stores — technology startups are also eligible to apply.

Participants in the contest will also get a discount on Intuit’s products and services, an idea that borrows from Microsoft’s BizSpark program.

I asked Intuit CEO Brad Smith about the long-term goals for the campaign.

“The goal is to shine a spotlight on America’s backbone of the economy — small businesses employ 6 out of 10 people. The economy is recovering, and small business owners can use that step up,” he said.

Anyone can vote on the small business with the “most compelling story.” The final four candidates will gain a “makeover” of sorts, meaning small business owners will receive consulting tips from Intuit and infrastructure support so their system can support new business and the website doesn’t crash or freeze if it receives an influx in traffic.

Intuit expects celebrities to get involved to promote the five-month-long campaign (a tactic increasingly employed by Silicon Valley companies), and it has already recruited Bill Rancic (the first winner of The Apprentice and now a reality TV personality) and Fox NFL commentator Jimmy Johnson.

Intuit has been around for 30 years, but has been undergoing some changes of late to compete with innovative upstarts. We exclusively reported on its partnership with LinkedIn to help small businesses compete for talent, and its “demo day” for new product prototypes, developed in-house by the engineering team. In our interview, Smith hinted at further product relaunches in the fall.

It recently sold off its financial services unit to Thoma Bravo for just over $1 billion. This move put the company’s focus on selling accounting and tax preparation software to small businesses.

“We recently declared that we want to be the operating system for small businesses,” said Smith. “We see this campaign as a continuation of that promise.”