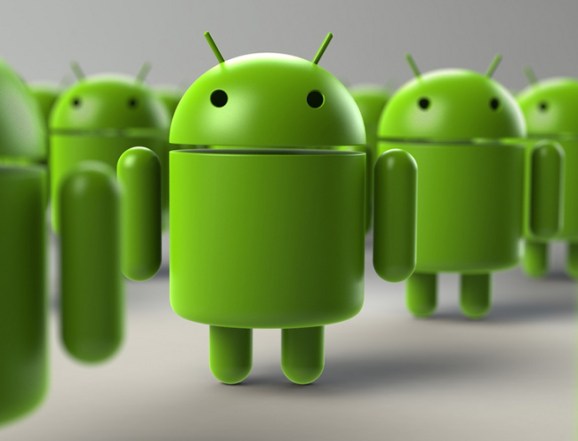 Europe: is Android too big?

Global smartphone shipments grew 47 percent to hit 230 million devices in the second quarter of 2013, according to a new report from research firm Strategy Analytics.

This really is Mac versus PC all over again, as iOS hit its lowest levels since 2010.

“The Android operating system captured a record 80 percent share of all smartphones shipped worldwide in the second quarter of 2013,” Strategy Analytics’ Neil Mawston said in a statement. “Apple iOS reached 14 percent global smartphone share in the quarter, its lowest level since Q2 2010.”

That’s due to Android’s massive app store, which is now serving more downloads than Apple’s iOS app store, the many, many vendors who make and sell Android-based phones, and, most of all, the “competitive licensing costs” — in other words, free — that Google offers Android at.

That may not sound like much, but it is almost a third as much market share as Apple, which only a year ago seemed light years ahead of its old rival. Microsoft is making steady progress, Strategy Analytics says, but it’s still charging too high a license fee to hardware partners and is lagging in support for the latest high-end chipsets.

Fix those two issues, and Windows Phone could be in second place at some point in the foreseeable future. A recent study of 6,000 mobile developers recently expressed more interest in beginning to build apps for Windows Phone than any other platform.

Above: All we’ve seen of the reputed new, cheaper iPhone.

Apple has completely dropped the ball on the mobile market by focusing on expensive, high-end smartphones that do extremely well in the United States and a few other wealthy countries and pretty much suck everywhere else. Pundits and analysts have been telling Apple for years that it needed a low-end product, and it now seems like they are right.

The blame rests squarely on the shoulders of Apple CEO Tim “No new products until fall” Cook, who keeps telling us that Apple is focused on making great products but refuses to actually show us any. Real artists ship, as former Apple CEO Steven Jobs used to say.

Lack of innovation and slowness to market is why Apple’s iPad market share was just recently chopped in half and why Wall Street has punished the company, causing it to lose hundreds of billions of dollars in stock value in spite of a recent mini-rally.

A new iPhone 5S and a cheaper iPhone for both domestic and international markets are coming, of course.

But at this point, it’s too late.

Android has captured the global smartphone market for the foreseeable future, and Apple has frittered away a massive lead in technology and user experience by keeping its nose in the air and refusing to do what it takes to satisfy more than a small slice of the market.

Which ultimately harms consumers, who don’t get a chance to experience iOS and Apple products at a price level they can afford, and harms Apple, which is still making money but, absent a miracle of the scope of iPhone’s original introduction, is quickly subsiding into yesterday’s story.