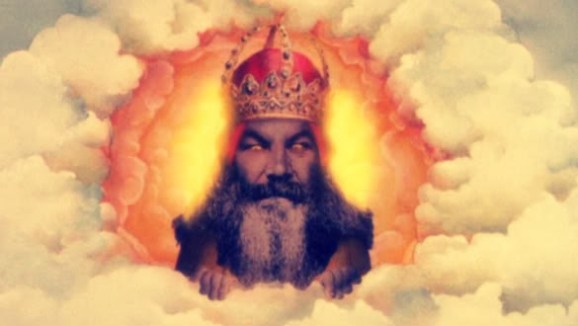 Nothing is hotter right now than developer tools.

More individuals are learning to code, and companies are hiring the best of them to build new cloud and mobile apps. Hackers and investors alike are beginning to figure out that whoever makes the best tools stands to make a huge amount of money.

With CloudBeat 2013 around the corner, VentureBeat is creating an index of the most exciting cloud-based services for developers.

With this list, we’ll name and keep track of 10 cloud-based, XaaS (everything as a service) companies that boast not only innovative products but also market momentum, cross-platform capabilities, and a forward-looking vision.

These might not be the most popular, most commonly used services — heck, some of these names might be totally new to you. But that’s part of what VentureBeat does: We try to bring you new tools to try out before they blow up and become hugely popular.

The list is qualitative, and the qualities we’re looking for are fairly simple. Companies and services on the index should be:

To kick things off, we’ve compiled this initial list for your consideration. This is not the final index; rather, we want you, our readers, to take a look at the companies we’ve named and give us your feedback. If you use them already, we’d love to know how you use them. If you use something different that you think should be on our index, we definitely want to know about that!

Take a look at our initial suggestions and complete the survey to help us build a definitive index. We’ll publish the official index — perhaps after dropping some of these initial companies, and adding others you suggest — on August 30, 2013, and for those who fill out surveys, we’ll send you an expanded report free of charge.

This index will be an ongoing project for VentureBeat. As the market continues to evolve, companies will fade off the list if they prove less valuable; new companies may rise up to take their places. Ultimately, we hope the index will be a great way to keep track of current disruptors in SaaS tools.

Editor’s note: A lot of these companies will be present at CloudBeat 2013 and DevBeat 2013, VentureBeat’s conferences for cloud and developer topics. Both shows will happen this fall in San Francisco, so be sure to register today!

When it launched, this tool from Google was called a lot of things — most of them good. “Pure genius,” said one reviewer. As our own John Koetsier described it, “It’s like Codecademy for the cloud, Google App Engine for idiots, or cloud-enabled applications development for newbies.”

The service lets anyone test-drive apps on Google’s App Engine, Compute Engine, or Datastore — all in just two clicks. Not only does this tool act as a clever lure to snag devs away from AWS or Azure. It also gives non-cloud-savvy devs a way to get a little painless experience with cloud technologies in a very hands-on way. And as a product of the Mountain View-based, publicly traded behemoth that is Google, it stands a good chance of being around and supported for quite some time. Have you used Cloud Playground? Take the survey and tell us if you’d recommend it.

New Relic brings devs the dashboards they want with the metrics they need. This company makes fascinating and useful reporting tools that many devs now swear by. The company started out with website stats that were both handy to have around and easy on the eyes. Then, earlier this year, the company started offering similar reporting tools for mobile apps, broadening its customer base to include a whole new audience. Even better, New Relic recently launched a plugin system so you can literally monitor just about any stat from your New Relic dashboard, whether it’s some secret internal business metric or a communally published and shared CouchDB monitor. And with a fresh $80 million in funding, we suspect the company is IPO-bound. Have you used New Relic? Take the survey and tell us if you’d recommend it.

Adobe has made a huge transition over the past year or so. In the not-so-distant past, the company made its money solely from desktop-based software, sold in boxes in retail stores or online. Then, the team did a 180 and shifted to a web-based paradigm called Creative Cloud. This cloud includes the software you’d expect — Photoshop, Illustrator, InDesign, good ol’ Dreamweaver — with the as-a-service subscription model rather than a huge one-time purchase cost. Adobe Edge is a suite within the Creative Cloud featuring developer tools: a code editor you can take seriously, responsive design tools that work, animation tools that use web technologies, and a cross-platform debugger. Have you used Edge or Creative Cloud? Take the survey and tell us if you’d recommend it.

Parse is a complete backend for mobile applications, designed to let mobile developers concentrate on their areas of expertise and never touch server code. A year ago, the Y Combinator-backed team launched a new service called Code Cloud, following that release with tools for building Windows apps in the gorgeous Windows 8 paradigm. Facebook snapped up the young company earlier this year, quickly shipping Parse Hosting to prove it’s still innovating inside the social networking giant. Have you used Parse? Take the survey and tell us if you’d recommend it.

Who doesn’t use GitHub? We’ve talked to companies that won’t hire a dev who doesn’t have a strong GitHub presence. The code-hosting company maintains popular services such as Page Generator (for putting a pretty face on projects) and Gist (for sharing code snippets), but its main focus is hosting massive and often open-source code repositories in the cloud, where contributors can collaborate and fork to their hearts’ content. The company recently launched tools for licensing and mobile web views, and even the White House got on board when drafting the country’s Open Data policy. The startup was famously bootstrapped until last year, when it raised a jaw-dropping $100 million Series A. Have you used GitHub? Take the survey and tell us if you’d recommend it.

The modern web runs on Heroku. When Heroku goes down, it takes a slew of the world’s favorite apps with it. And when it adds new features, a boatload of new developers hop on the ship. This platform-as-a-service company started out as a Ruby on Rails venture. It’s since branched out to include more technologies than you can shake a stick at: Java, SQL, Facebook Platform. Its marketplace of add-ons allows for self-service add-on creation and currently offers tools for popular, complementary services like Postmark, Redis To Go, and MongoLab. Plus, its leadership takes a strong view on the value of the cross-platform nature of web and mobile development — a good sign as we move into a mobile-first future. Have you used Heroku? Take the survey and tell us if you’d recommend it.

Microsoft is unquestionably the incumbent of this group. Long an uncool underdog in some developers’ minds, it maintained a stronghold in the community of seasoned developers who came up on Microsoft technologies. Now, however, the company is rolling out a string of beautiful, useful tools — Visual Studio, anyone? And Azure, its cloud service, is keeping pace with competitors like Amazon Web Services. Now, Microsoft is offering Azure on a by-minute basis, and it also revamped its offering for mobile developers. At an average of 4.7 billion logins per week, San Francisco hipster-devs are running out of juice for the Azure hatorade. Have you used Azure? Take the survey and tell us if you’d recommend it.

“I don’t cargo cult often, but when I do, I do it with Node.js.” This is one of our favorite Node jokes.

Node is, briefly, server-side JavaScript. The development of this open-source technology is sponsored by cloud company Joyent. In addition to its big data and infrastructure-as-a-service offerings, Joyent also offers enterprise-grade Node support. The company’s latest product, Joyent 7, is intended to help Fortune 500 companies with data center management, Node debugging, and workflow APIs. Last year, the company took a sizable $85 million round of funding, and its leadership is looking to the future and preparing for the Internet of things and the end of the client-server model. Have you used Joyent’s tech? Take the survey and tell us if you’d recommend it.

Backend-as-a-service company Kinvey is all about mobile. Its team says what differentiates this service is the absence of stacks; Kinvey is streamlined to eliminate all the backend-coding and stack maintenance. Last month, Google App Engine did a Kinvey integration, too. Aside from becoming a major mobile tech hub, Kinvey’s founders want to push HTML5 mobile development to the next stage. This Boston-based startup has raised a total of $7 million in seed and institutional funding. Have you used Kinvey? Take the survey and tell us if you’d recommend it.

Urban Airship could be a steampunk novel or a Led Zeppelin tribute band, but it’s actually a cool collection of mobile marketing tools for app developers. Its offering includes push notifications and in-app messaging, a mobile relationship management platform, digital wallet tools, and location messaging services. The company locked down a handy Heroku integration to make the whole process even easier for devs, and its services also work with Google’s cloud and messaging tools and Kinvey’s backend-as-a-service. With a fresh $25 million in funding, the Airship isn’t going away anytime soon. Have you used Urban Airship? Take the survey and tell us if you’d recommend it.

A few services came up that didn’t quite make the cut this time around. We talked about cloud-based IDEs like Cloud9 IDE, Codenvy, and Nitrous.io. We also discussed Pusher, Postmark, and even Treehouse. What did we miss? Take the survey and tell us what cloud dev tools you recommend.