With Facebook stock creeping up, the company is signaling to the Street that it’s serious about pushing its products to consumers and maintaining a strong public image.

That job will fall to Gary Briggs, who had previously been a chief marketer at Motorola Mobility, after Google acquired the business unit in May 2012. 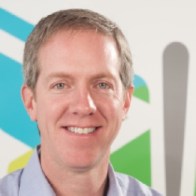 A source in the agency world, who works closely with Facebook’s marketing team and therefore asked to remain anonymous, said that Briggs has some major challenges ahead. The company needs to show that it can address two major issues: the public’s privacy concerns and shareholder’s fears that monetization isn’t a top priority.

“Without a CMO, the image falls to the CEO [Mark Zuckerberg], who has time and time and time again said that he doesn’t care about money,” the source told me.

The social networking giant has been notoriously slow to market itself. In 2012, it spent just $28 million on advertising, which is peanuts for a company of its size. But this is beginning to change. In April of this year, Facebook released its first television ad to market Facebook Home.

Former Levi’s CMO Rebecca Van Dyck, the brains behind the ad, will report to Briggs. In her first year at Facebook, Van Dyck was responsible for marketing Facebook Home, which overlays elements of Facebook’s features on to Google’s Android operating system.

Facebook has released the following statement from Briggs to the press:

Facebook isn’t just a company. For more than a billion people, it’s their connection to the friends and things they care about most. Telling the story of such an important and still very young brand is an incredible opportunity, and I cannot wait to get started.

Ellen Leanse, Google‘s former global enterprise communications lead, is optimistic about the appointment. She notes that Biggs opens his statement with a promise to create narrative and brand essence for Facebook.

“Although I’m sure metrics and optimization will be among Gibbs’ power tools, friends who know him say he’s focused on creating relevance and lasting user experiences. That’s solid strategy that Facebook can use,” said Leanse, who works as an SVP for Silicon Valley-based strategic communications firm Eastwick. “I’m bullish on his ability to create impact.”