Demonstrating product-market-fit is one possible criteria for generating VC interest in your hardware startup, but not the only one. While some wildly successful crowdfunded products like Oculus Rift and Pebble went on to raise venture rounds others like the 3Doodler, did not. Why? It may have to do with what venture investors look for in hardware startups.

When considering the types of hardware investments that are attractive to VCs, I like to think about three different profiles of companies.

Portfolio Plays: Portfolio plays in the hardware world oftentimes appear as a single device but are really suites of products that are released over time.

The easiest example to point to here is Jawbone. Jawbone started with a bluetooth headset but has progressively expanded into all things body and sound — two characteristics of its first product. The portfolio now includes the Jambox (speaker) and Up (wearable fitness monitor) as well as the original headset line. Since, like all products, individual hardware devices can be hit-based, the ability to string together multiple “hits” is important for creating long-lasting enterprise value. Table-stakes for playing the portfolio strategy is to start with a “hit” at first bat,  and using that win to expand into other products.

It’s important that both that the category the initial product plays in can sustain additional products and that this vision exists at inception given the timelines associated with hardware.

Platform Plays: Platform plays define companies that use a hardware product as a gateway to something else. Think about Pebble here. The vision for Pebble is not just to make watches, it is to create an operating system and software ecosystem for small screen devices.

The fact that 300,000 people bought the initial Pebble was a great way to get the software OS launched and ecosystem started but the company’s success will be measured by how robust of a software community they can build, not necessarily by how many watches they can sell. Similar characteristics exist in companies like Nest (vision: to be the hub for the connected home), Dropcam (vision: home security as a service) and LeapMotion (vision: to be the technology provider and marketplace for the touchless interface).

Ecosystem Plays: Ecosystem plays capitalize on the broader hardware startup movement; a “picks and shovels” strategy. Companies and products that enable the hardware community fall into this bucket.  Take MakerBot as an example. If you believe we’re in the midst of a manufacturing revolution and the number of startups creating physical products is going to accelerate over the next ten years, it is easy to build a case for how MakerBot plays a role in this ecosystem. Certainly Stratasys thought so.

So what does this exclude? Most notably these categories exclude single product companies. To illustrate this, I present Furby. By any measure, Furby, an electronic, connected toy, was a hit. Released in 1998, 14 million Furbys were sold in 1999 at a retail price of $35 each; that’s nearly $500M in retail sales. What happened next? Very little.

Despite the big hit, Furbys saw limited continued success. A few attempts were made to restore the magic of 1999, but with little innovation on the product side, the product never saw the same sales and the Furby was discontinued in 2002. The team failed to translate the massive initial traction into success. Hasbro, owner of Furby, could have created a suite of Furby products to expand the line, developed a software ecosystem that allowed Furby to have additional functionality, or leveraged the robotic core of the device to progress development, but it didn’t. In fact it wasn’t until 2005, after a five-year hiatus, that Furby came back on the scene (and was subsequently retired, again, two years later before being reintroduced last year).

The fact that Furby relied solely on a single device is important because hits are hard to come by and even harder to repeat. As such, it can be difficult to build large enterprise value relying solely on the performance of a single product. In the software world, this would be like betting on a company like OMGPOP if it could only make a single game (it took OMGPOP over 35 apps to land upon Draw Something which, arguably, generated all the value in the company).

In other words, if you’re looking to get venture funding for your hardware startup, try to be a Jawbone, Pebble or MakerBot, not a Furby. 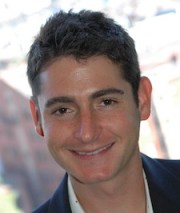