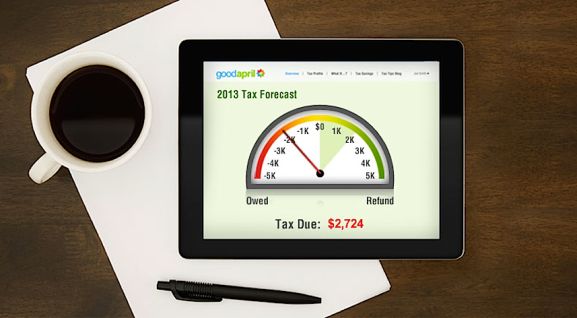 Looks like Intuit scooped up one Techstars startup before the startup ever had a chance to debut. The financial software company bought tax-focused tech GoodApril before the nascent team could ever demo its product.

Techstars, a Silicon Valley startup accelerator, told All Things D that this is the first time a company has grabbed one of its demo-ing startups before the demo day. Incubators throw these special days to show off their latest startup classes. Here, founders can impress venture capitalists and attract funding beyond the starter cash, which accelerators often provide.

Intuit, which creates the well-known tax program TurboTax among other financial software services, likely saw something promising in GoodApril’s tech and team. GoodApril’s product looks at your tax return and gives advice on different deductions to take when filing.

Intuit gave cofounders Mitch Fox and Benny Joseph positions as directors in the company’s TurboTax department as part of the acquisition. The two companies did not disclose the terms of the deal, however, Fox says it was under $20 million. Intuit would have to publicly report any acquisitions that exceed that amount.

While we may see this feature in a future version of TurboTax, there’s no guarantee. Sometimes big companies see a threat in smaller startups and decide to buy them out before they become a problem.